In Conversation With Crystal Asige

“Ever since I closed my eyes and walked by faith, I see clearer than ever… Safer than ever,”  those are words of singer Crystal Asige who lost her eyesight after complications caused by a condition known as Glaucoma.

Asige, who runs YouTube Channel ‘Blind Girl Manenos’, is also an advocate for people with disabilities.

What was the inspiration behind Safer?

The song was born out of a season of coming out of deep despair. I had just come out of surgery – in an attempt to fix this eye condition but it didn’t work. If anything, it made things worse. After a year of staying with my parents, locked in for the better part, I had a dream. Literally. I saw God’s arms wrapped around me. He said, “Be Still.” That gave me the courage I needed to come out of the dark hole I was in.

Things had gotten so bad by then that my hair was starting to fall off. This one dream, vivid to this very moment, became the ladder I used to escape the prison of depression. Then I knew that God was truly with me. I knew He would walk with me. I felt… safer, more assured. There was light to move forward. The song is an open encouragement to everyone listening; let God give you something new.

What’s your life’s vision, when you look at the gift God has given you in music, where do you see God taking you with it?

There is so much I want to achieve in this lifetime, from acting to singing to other expressions of art.

I don’t want to tie my long term dreams to time because life is full of surprises but I do write down my goals at the beginning of each year. I include God and ask Him what plans he has for me for that year. Then I walk in trust. 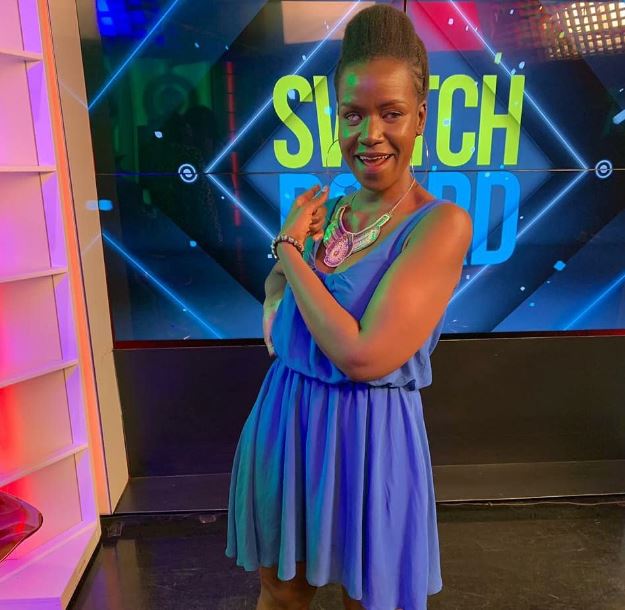 How do you deal with moments of discouragement?

I have a high threshold for discouragement. It really takes a lot to get me down now. This, in part, came from having to deal with an acquired disability. But when I feel really down, I just curl up under my duvet and cry to God. I always wake up the next morning feeling so much better.

What makes you feel safe?

Ironically, being alone. I feel like I’ve learnt how to take care of myself. Swimming also makes me feel safe – it’s a place of release. I don’t have to think about tripping and falling, I don’t have to worry about someone shouting, “kwani huoni?!”  from one side of the street not realizing that I actually can’t see.

What gives you a high in life?

I love live performances. Being on stage gives me a special kind of high. I get to hear the voice of the crowd, to feel their emotions and allow my imagination to run wild since I can’t see the audience. The live band experience is such a thrill. I also enjoy songwriting.

What’s your greatest desire in life?

To use art to change the narrative around disability; I feel like it’s my purpose. 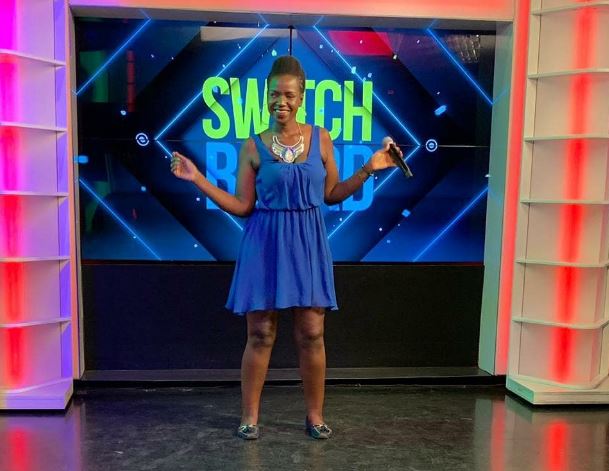 I hope he comes soon, haha! I want a true companion, someone I can do life with.

What is your dream for future projects

I’m trying to get back to acting and currently working a short film (as an actress) with my video director, that’s happening this week.

I’m on Amnesty International Board of Directors – representing artists and persons with disability.

I’m working on a podcast, and just like that, my dreams of becoming a radio presenter come to life.

That’s about a brief summary of what I have going on now.

Who is your greatest support system

My greatest support system is my family. I also have an amazing group of people I work with. They are my second family.

I just to thank everyone who has helped me along the way.

Things To Know About NRG Presenter, Musician Darya Kish < Previous
I Felt I Was Too Good And Brought Stardom Attitude To My Home, Gospel Singer Pitson Next >
Recommended stories you may like: