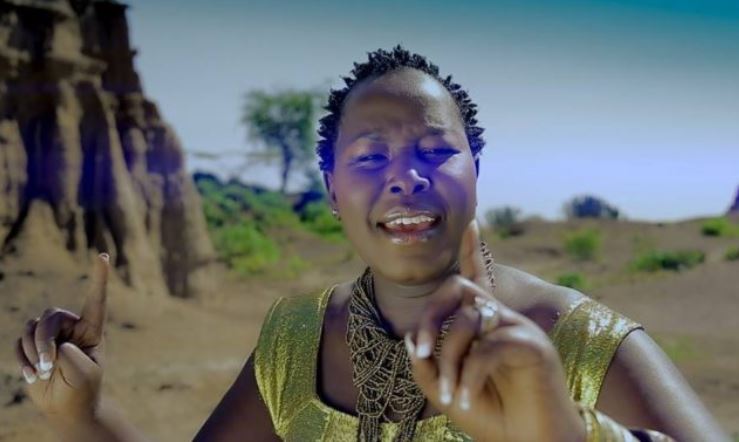 Gospel singer Emmy Kosgei has dismissed claims that she belittled Kalenjin men when she said that her tribesmen are introverted.

Last week, local tabloids reported that Emmy had said that men from her community never approached her for marriage because they don’t know how to seduce women.

“I have interacted with several men from my community but they feared to hit the nail on the head to suggest marriage,” Emmy was quoted as saying.

“There is no Kalenjin man who came to me and told me they want to marry me. This is why sometimes one sees something is good but fails to speak up.”

This sparked outrage on social media, especially from Kalenjin men who were offended by the media reports.

Emmy now says that her comments were blown out of proportion. “Personally having been born in a Christian family and being a daughter of a pastor, I cannot and I will never utter such words meant to offend or demean anybody leave alone my family or my local community,” Kosgei said.

Speaking from her Lagos home office during a live online interview over the weekend, Emmy said that the original video in which she talks about Kalenjin men is still up on her Facebook page.

“I just did a two-hour video recording with my kids in the house intending to reach out to my fans on social media when a selfish and ill-motivated person just picked a statement and started blowing out of proportion in the media to sell their products. He even told me they would post it and apologise later,” she said.

“When I mentioned the word ‘introvert’ in my speech, I didn’t mean anything selfish. In fact, the word according to the dictionary refers to people who speak less but are so powerful in the society,” Kosgei added.

“When I say they are introverts then it means they respectful and so powerful.”

‘Babies are Cute But I Don’t Want Another,’ says Wahu < Previous
CS Matiang’i Assures Safety of Inmates as 42 are Isolated at Industrial Area Remand Prison Next >
Recommended stories you may like: