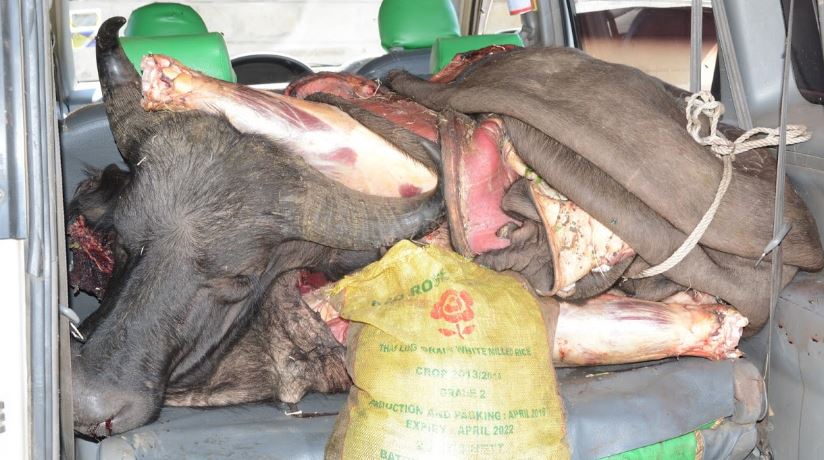 As if consuming red meat laced with harmful preservatives wasn’t enough, Nairobi residents have also been eating bush meat aplenty, it has emerged.

This is after the Kenya Wildlife Service (KWS) identified Naivasha and Gilgil as the main source of game meat that is consumed in the popular Burma market in Nairobi.

On Tuesday, KWS officers nabbed three suspects with over 200kgs of buffalo meat destined for Nairobi.

The officials arrested the three, including a prominent businessman, in Marula farm off the Nairobi-Nakuru highway. The suspects were reportedly loading the meat in a getaway vehicle following a tip-off by guards working in the farm. 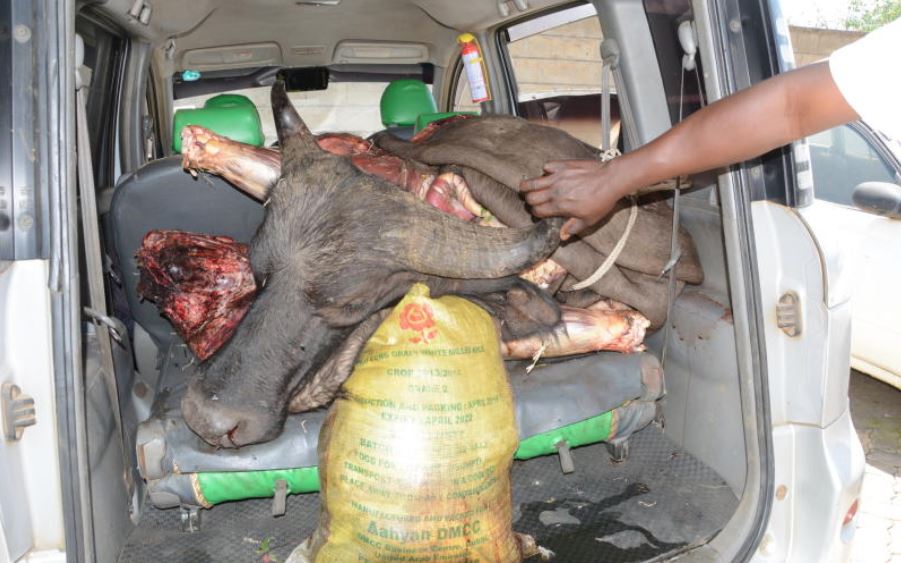 “Our intelligence indicates that majority of the game meat that finds its way in Burma market is sourced from Naivasha and Gilgil and we are keen to contain this,” said KWS assistant director in charge of Central Rift Region Aggrey Maumo.

“There are so many wild animals away from the parks and the ranches and the unscrupulous traders are taking advantage of this to kill them and sell the meat to unsuspecting customers,” he noted.

Maumo observed that the game meat traders “have been targeting buffalo and zebra meat for commercial purposes but their days are numbered as we shall get them”.