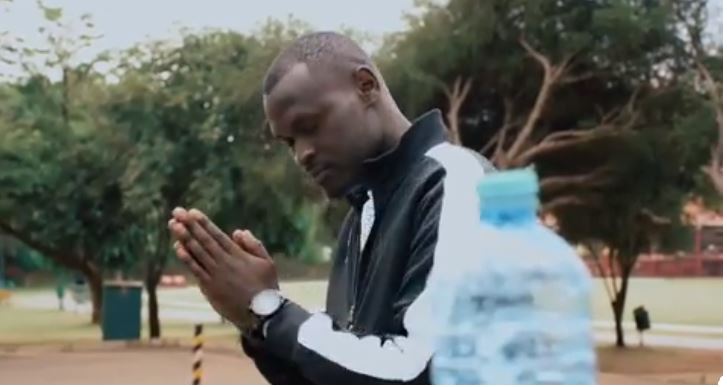 The world over is still going gaga over the new viral craze, Bottle Top Challenge, where people attempt to knock the cap off a bottle without using their hands.

Closer home, Kenyans and their celebrity counterparts haven’t really gotten in the groove of the craze. Comedian Eric Omondi is one of only a few Kenyans who have challenged themselves to the Bottle Top Challenge.

While Eric did manage to get a couple of laughs from his fans, it is King Kaka who has ‘won’ the challenge (at least according to his fans). This is after he posted a video showing him removing a bottle top with ‘supernatural’ powers.

“Keep my name off your Childishness,” Ntv Anchor Slams Ringtone < Previous
Tanasha Donna’s Sweet Message to her “handsome'” Son Next >
Recommended stories you may like: