“Keep my name off your Childishness,” Ntv Anchor Slams Ringtone 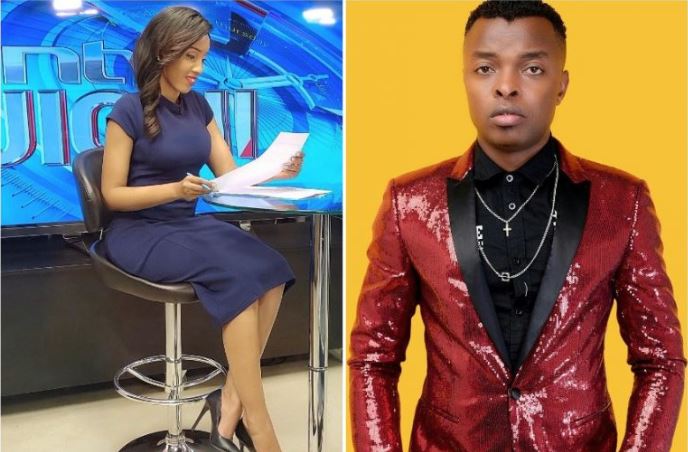 The controversial gospel hitmaker has this time drew the wrath of NTV Swahili news anchor Doreen Majala. This follows Ringtone’s recent comments about the anchorwoman during an interview on NTV’s ‘The Trend’.

During the interview with host Anto NeoSoul, Ringtone claimed that Majala had a crush on him when she was in high school.

“I remember I visited Doreen’s school, long time ago and she helped me sell my CDs, she wanted me to be her boyfriend,” said Ringtone.

He told Anto that he turned Doreen down and encouraged her to focus on her studies instead of relationships as she was only 16 years old.

But a vexed Doreen wasted no time in putting Ringtone in his place after watching the interview. Taking to Twitter, Majala slammed the musician for lying and dragging her name into his stupidity.

She insinuated that Ringtone was tainting her image.

“Temp post: Came across this interview of artist Ringtone bring my name into ‘tafuta bibi campaign’ saying he visited my former sch Nkuene Girls & that I made advances on him (I was 16 in high sch).WARNING, Keep my name off Childishness, Stupidity&Drama. Image isn’t built in a day,” Doreen Majala tweeted. 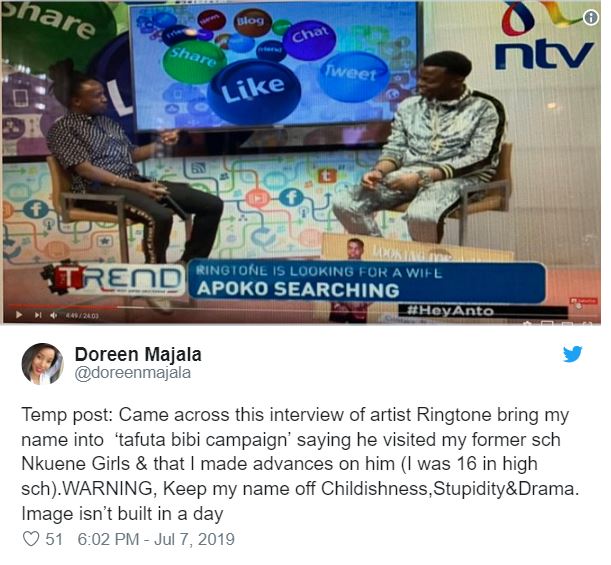 When DJ Mo Used to Smoke Weed ‘due to bad influence’ < Previous
“I Only Pocket Sh640 From Sh1 Million Salary,” Senator Cries Next >
Recommended stories you may like: