Watch: DP Ruto Promises to Deal With Murkomen on Behalf of Propesa 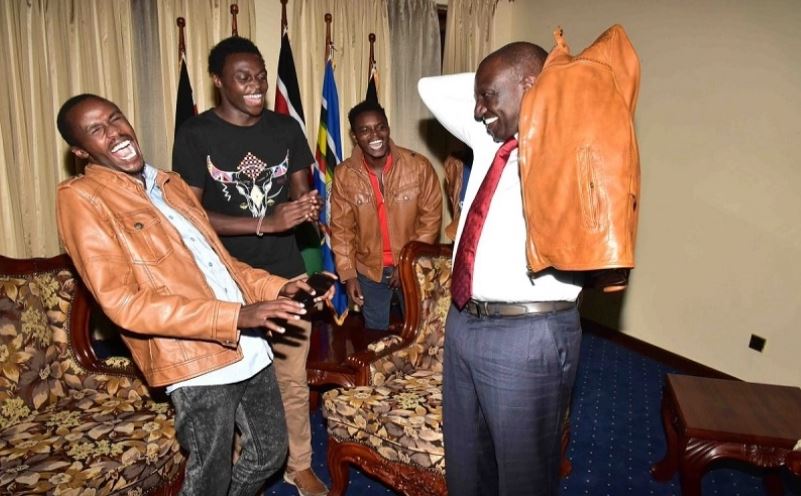 Online comedy group Propesa may have finally found a solution to ‘bet defaulter’ Senator Murkomen after a meeting with DP Ruto.

It had been a long time coming but the Kalenjin funnymen finally met their longtime creative muse at his Karen office in Nairobi on Tuesday. Dreams are valid, Aye?

Propesa was part of a larger group of online content creators who were hosted by the DP to discuss how they can cooperate with the government on matters content. Others included Jaymo Ule Msee, Desagu, Seth Gor, Mammito Eunice, Terence Creative ‘Kamami’ and Auntie Jemimah.

Ruto noted that content creation is creating jobs for the youth and has greatly enriched local media programming.

“We are building an enabling environment for content creators to do their thing, especially in the digital space, which is key to creating jobs; enriching local media programming; promoting talent and enhancing the creative economy.”

The creatives all had a chance to entertain the DP, with Propesa using the opportunity to snitch on Elgeyo Marakwet Senator Kipchumba Murkomen for shortchanging them in a bet for the friendly match between Everton and Gor Mahia. 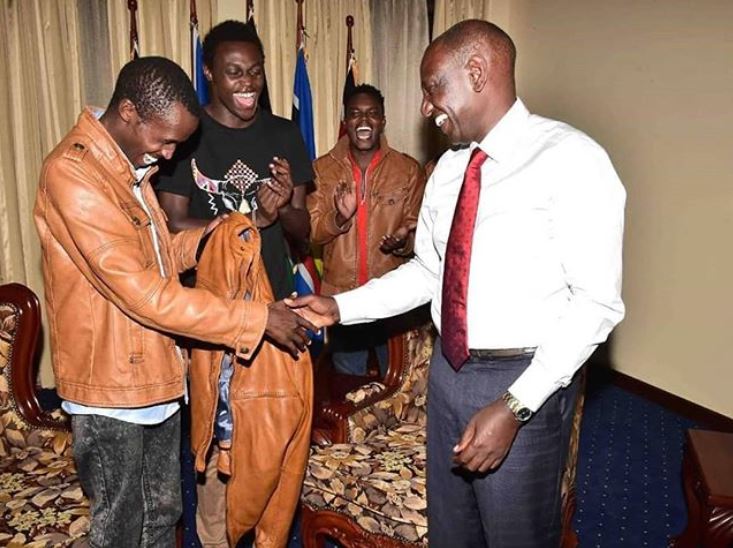 During the meeting with Ruto, Propesa’s lead comedian Kimutai Ruto pulled out his trademark ‘Mulika Mwizi’ phone and “called” Murkomen to warn him that the debt matter is now in DP’s hands.

The DP, who was already dressed in the famous brown leather ‘chaget’ presented to him by Propesa, could not believe it as he asked if Murkomen had indeed defaulted on a bet.

The room was filled with laughter, with the DP promising to follow up the matter, or better yet, settle Murkomen’s debt.

Mt. Kenya MPs Want DP Ruto to Pick Speaker Muturi as Running Mate in 2022 < Previous
Madam Boss Akothee is Back in Turkana With More Goodies – PHOTOS Next >
Recommended stories you may like: