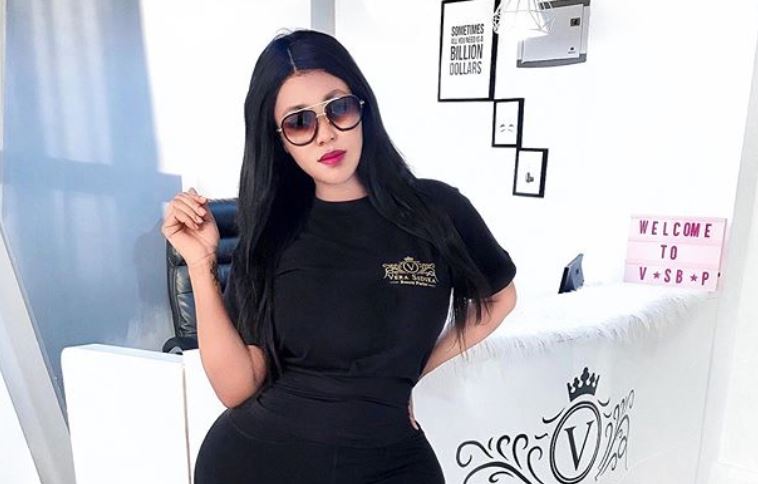 Vera Sidika just can’t seem to shake off rumors that her eponymous beauty parlor is going under.

Earlier this year, Vera advertised vacancies at the posh salon sparking speculation that her staff had quit for greener pastures. The rumor has been flying around for months now and the socialite has come out to dismiss it once more.

Adding, “I would not be in the office. Another thing, I wouldn’t be posting pictures of our clients coming to our salon and having work done for them.”

The ‘Nalia’ singer invited her naysayers to the salon to confirm for themselves.

“Those spreading rumors should make an effort of visiting us to be sure they are saying the right thing.” 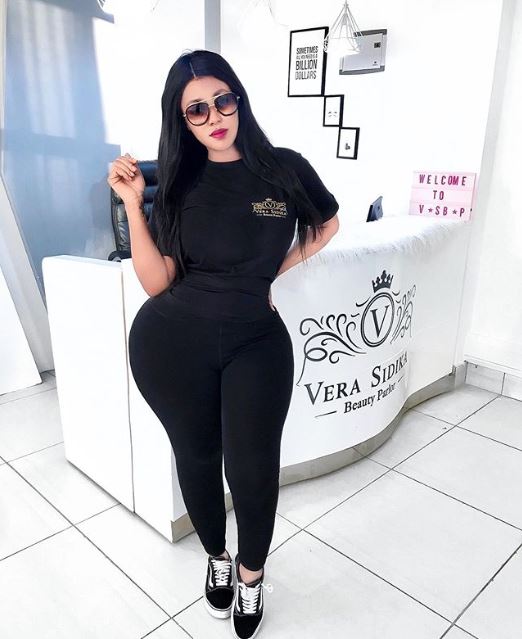 On reports that she is pregnant, Vera told the publication she cannot disclose right now.

The former video vixen had left her followers speculating after she posted a picture of her perceived baby daddy with the caption: “The countdown begins.”

Nick Mutuma commented below the picture, saying, “Shemeji.” Vera responded, “You will make a good uncle.”

In another post, the reality television star gushed about her man. “I am so happy you are in my life. I can’t wait for this adventure with you,” part of her post read.

Why I Wasn’t Looking for a Man to Marry Me, Kate Actress < Previous
Flying Squad Detectives Bust Car Dismantling Syndicate in Ngong – PHOTOS Next >
Recommended stories you may like: