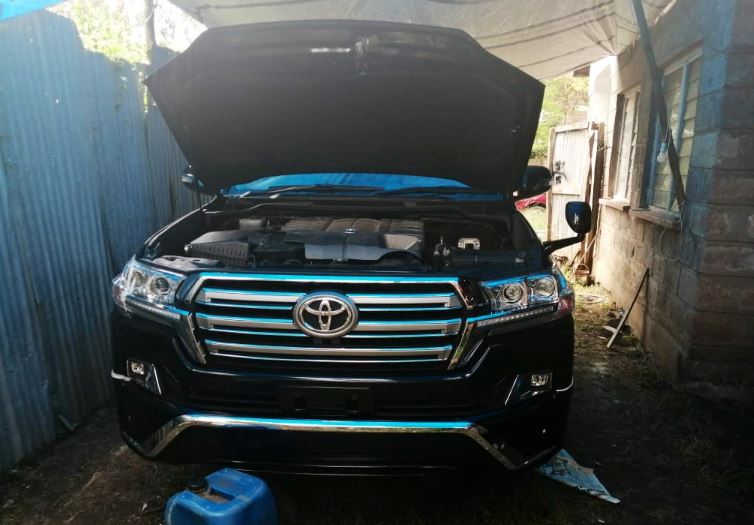 Acting on a tip-off, the DCI sleuths raided a residential home at Vet Centre in Ngong where they recovered a stolen vehicle. The said vehicle, a Toyota Landcruiser, was reported stolen from Central Police Station area on 7th April 2019.

The DCI said the vehicle was initially white in color before the suspects changed it to black. Its numbers plates had also been changed from KBX 449A to KCL390P.

“The suspects intended to sell the vehicle to unsuspecting buyer for Ksh6.5M,” said DCI in a tweet.

Detectives said the gang steals vehicles, dismantles them and replaces with other spare parts before selling to unsuspecting customers. 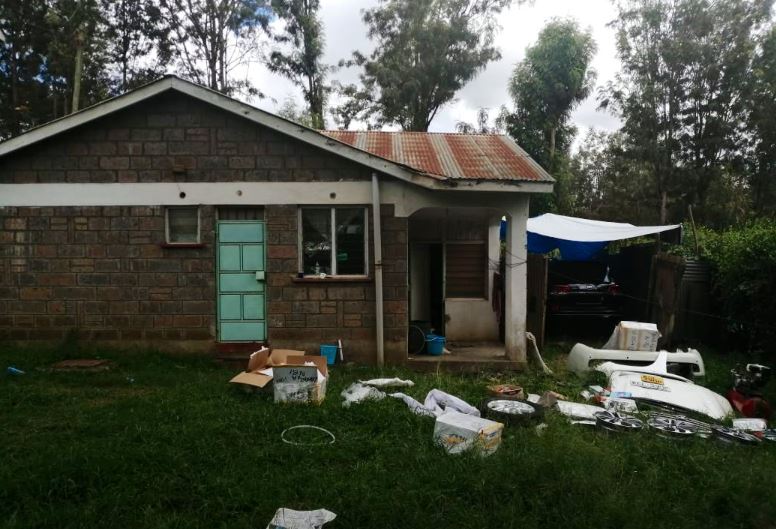 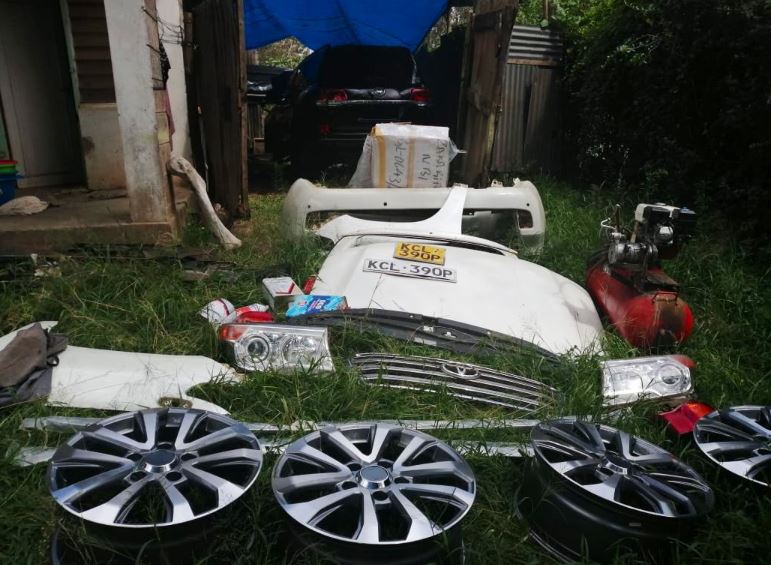 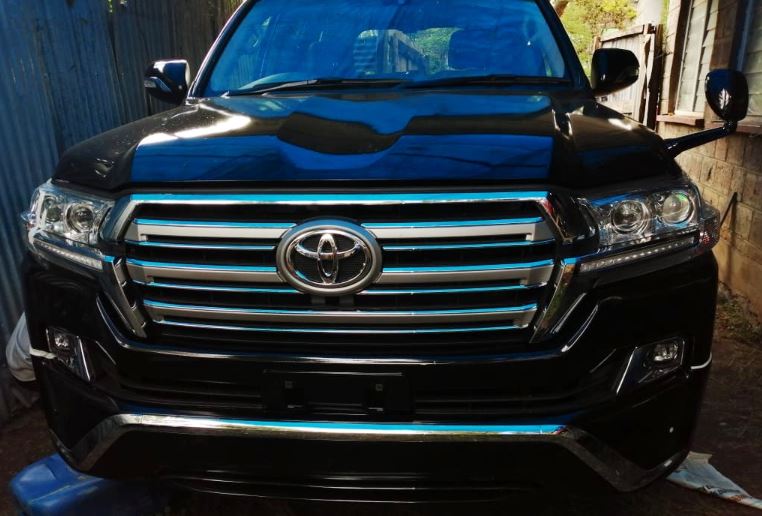 Vera Sidika Insists “Business is Doing Well” Amid Rumors of Failed Salon < Previous
Boda Boda Operator on the Run for Allegedly Impregnating Teenage Daughter Next >
Recommended stories you may like: