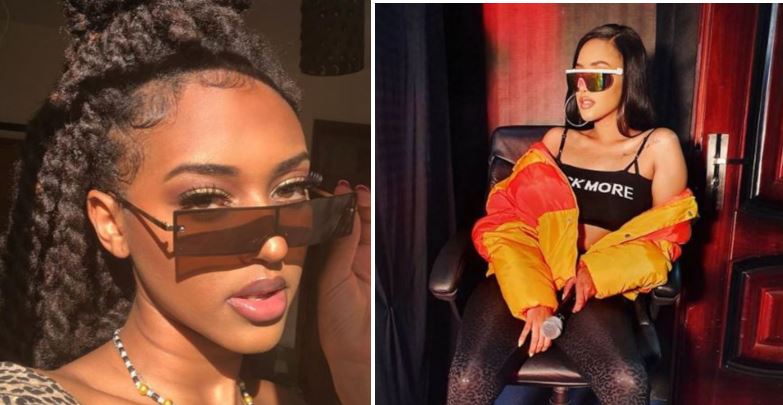 No sooner had Tanasha Donna made her debut in the music industry than enemies of progress jumped on her case.

The Kenyan babe is barely one month old in the game and she is already being accused of plagiarism. Apparently, the radio personality and model stole the line “Kenya to the World” and used it in her debut hit ‘Radio’ with Barak Jacuzzi.

Who is making these outrageous allegations you ask? It is Bey T, an upcoming Kenyan singer-rapper who must be needing some serious publicity. 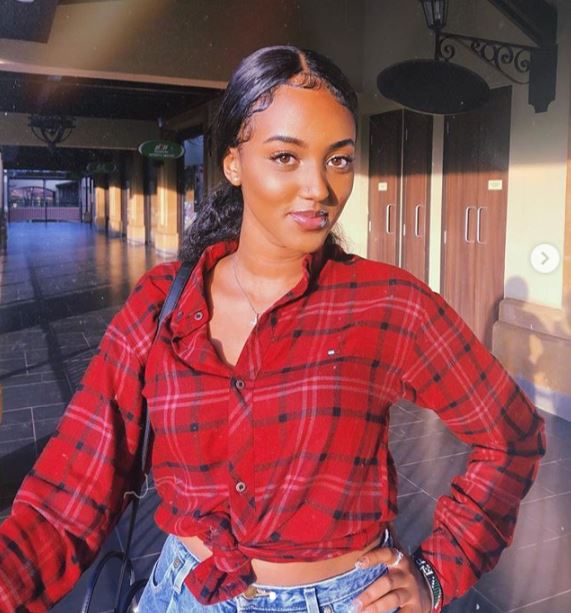 “Someone tell Tanasha to stop wave riding,” posted Bey T before it emerged that her main concern was the fact that the phrase is usually associated with musicians who are keen on putting Kenyan music on the world map and she somehow felt that Tanasha was not quite there yet.

“This was about her(Tanasha)not being a musician it’s Kenya to the world for those who actually care about the music scene in Kenya. Or Kenya to the world in every field of creative craft (that’s been oppressed)! Not clout chasers,” added BeyT.

The rapper also alluded that Tanasha had to get in bed with Diamond to become famous.

“I ain’t gotta f**k an established artist, or use a social media platform to get my name known. My music does and will continue to do that on its own. I don’t want or need her clout,” BeyT replied to a fan in the comments. 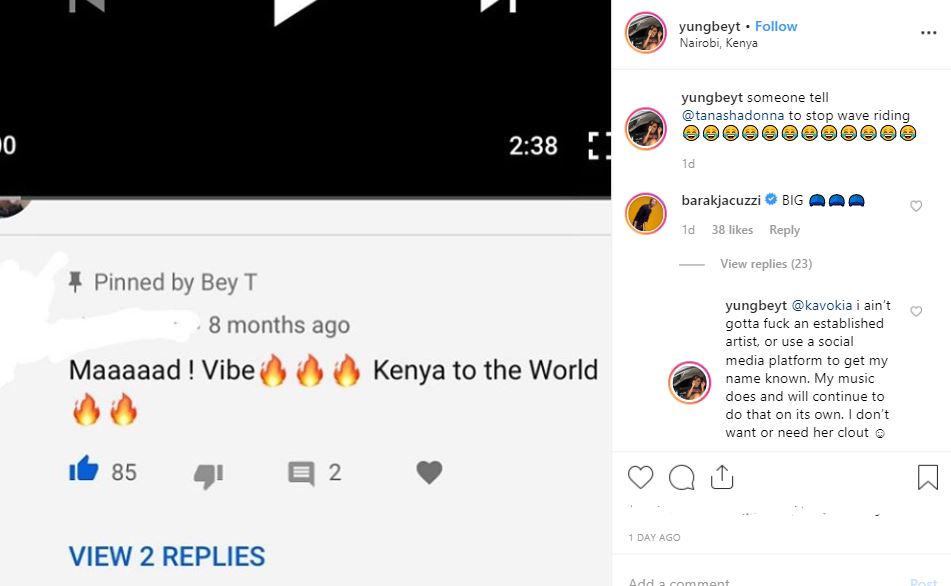 In her clap back, Tanasha was classy as usual and alluded that BeyT was suffering from a disease called jealousy.

“Too much hate in this world. Jealousy is a disease. They’ll start beef over a phrase they think they invented. A phrase used by so many artists in the 254.

“Beef over saying “Kenya to the world”… As in when the homie called me to say that’s why she’s beefing I was like ‘What?? What’s wrong with this world though? What happened to empowering one another? smh…” wondered Tanasha. 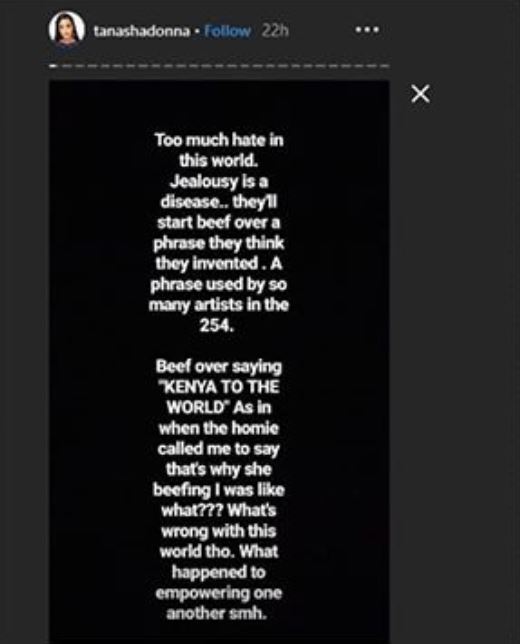 Bey T has since dropped a diss track addressed to Tanasha dubbed ‘Don to the donna (tanasha donna diss track)’. And as much as she claims she is not clout chasing, Bey T is not fooling anyone.

Who starts beef with a rookie artist who has just one song and doesn’t even fully identify as a rapper? Someone who wants to trend.

Bey T is undeniably talented and in Tanasha she has found a way to gain some recognition.

Check out the diss track below.