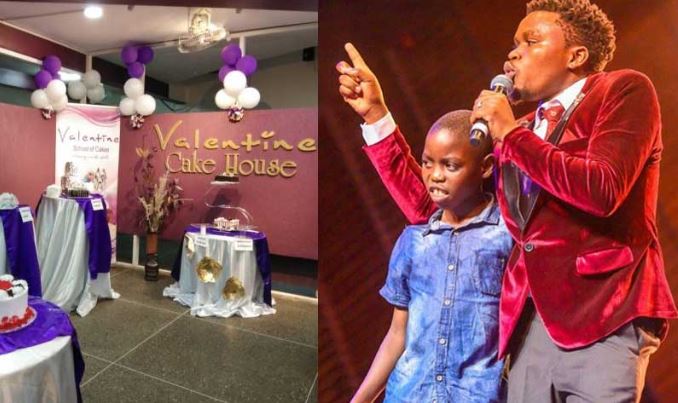 Just like the sensation that was Githeri Man, James Mbugua of the viral ‘Mathwiti na Makeki’ video has got wellwishers and corporates lining up with goodies beyond his young imagination.

In just a month since comedian Chipukeezy hosted him on “The Funny Truth 4”, James Mbugua has been named the brand ambassador of Valentine’s Cake House. Additionally, young Mbugua has scored himself a fully paid education scholarship.

Courtesy of JamboPay CEO Danson Muchemi, the scholarship will cover Mbugua’s education up to University level.

Chipukeezy confirmed the news on his Instagram page thanking all the wellwishers who have contributed to Mbugua’s cause. They include State House operative Dennis Itumbi who promised a meet up with DP Ruto this week and Nyali MP Mohammed Ali.

Earlier this year, Kameme FM’s presenter Muthee Kiengei wa Watoria visited Mbugua at his home in Ndumberi and showered his family with clothes, food, drinks, a bike and a cake.

During the FunnyTruth4, we did a small fundraise for James Mbugua a.k.a "Mathwiti" from Ndumberi, Kiambu County. Special Gratitude to my brother @DenisItumbi, for his contribution and promise that Kinuthia will have a chance to meet the Deputy president this week . CEO of @jambopay who promised to take care of his school fees from his current class upto the university level. @Multichoice also promised to give 100K in support of the young boy. Am grateful to everyone who chipped in to support the Young Soul. May God Bless This Quest, God Bless Kenya. #ChangingOneLifeAtATime.

Kidum’s Third Wife is Pregnant With His 7th Child [Photos] < Previous
“I Have Beautiful Legs to Show Off,” Kirigo Ngarua after She was Told to ‘Dress Decently’ Next >
Recommended stories you may like: