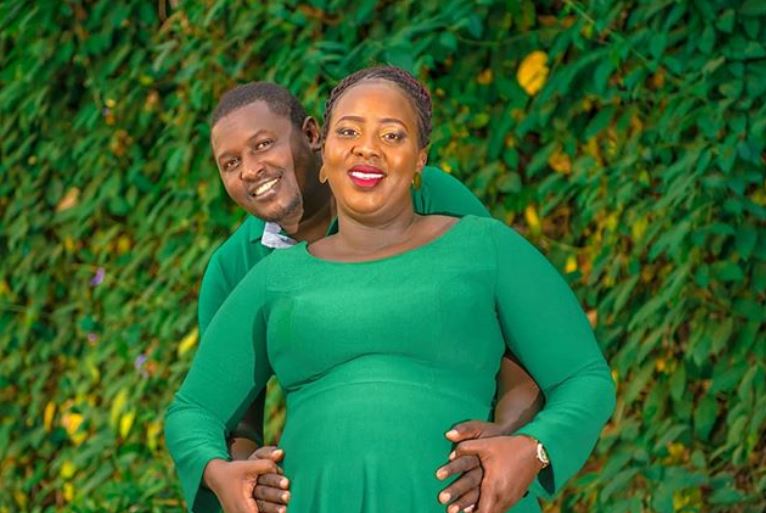 Television producer Milly Chebby, who is the wife of comedian Terence Creative, is excited to finally hold her baby having lost her first child through miscarriage.

Chebby and Terence are the new celebrity parents in town, having welcomed their bundle of joy last week. They, however, broke the news to their fans on social media on Monday.

Milly says she is super excited to finally be a mom after she lost the first child through a miscarriage in January last year.

Recalling her painful loss, Milly said; “I was 13 weeks pregnant, but the gynaecologist said the baby died at seven weeks.”

“I screamed in the room and cried nonstop that day. I have never cried that much in my life. My sister called my husband, he was silent for a minute then told my sister it was okay and he came back to the hospital only to find me devastated.”

Last week, Milly delivered through caesarian section, and she says she was ready to get her baby in any way as she was already two weeks late.

“I have not had any complications so far, and the journey is amazing. However, I miss my sleep,” she said as quoted by Word Is.

Milly Chebby and Terence have named their baby Milla Netai, derived from their names Millicent and Lawrence. Milla also means fear and hope. Netai is a Kalenjin name meaning Alpha or first. 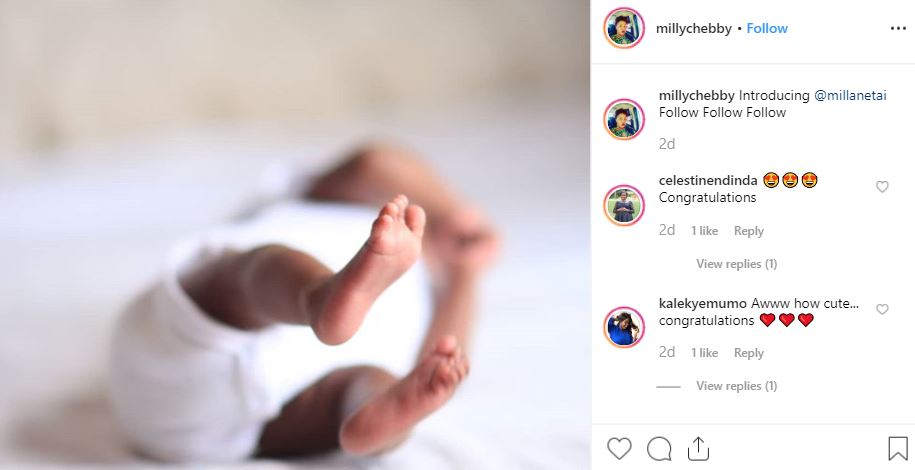