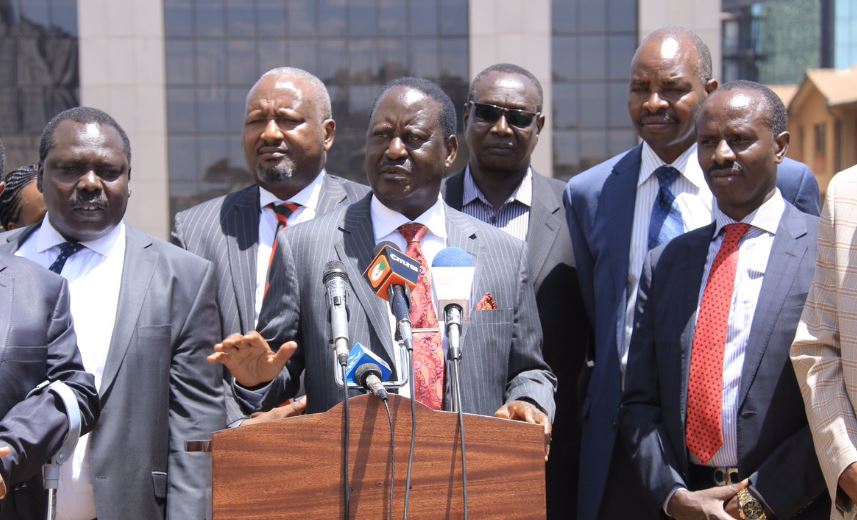 ODM’s loss in the Ugenya and Embakasi South parliamentary by-elections is not a big deal, Raila Odinga has said.

The Orange Democratic Movement (ODM) party leader finally broke his silence at a press briefing in Nairobi where he downplayed the defeat in the two mini polls held last Friday.

He further dismissed claims that the party has lost ground following the perceived embarrassing loss in the polls, one of which was conducted in ODM’s stronghold.

“Elections are won or lost… So the fact that someone has lost an election it’s not a big deal. It’s not a big issue,” said Odinga.

In the polls, Embakasi South Wiper candidate Julius Mawathe garnered 21, 628 votes against ODM’s Irshad Sumra who managed 7,988 votes. The seat was up for grabs after Sumra successfully petitioned Mawathe’s win in the 2017 General Election.

Raila Odinga, who was addressing the press at his Capitol Hill office on Monday afternoon, also dismissed reports of wrangles between ODM and its NASA-affiliate party — Wiper Democratic Movement — which won the Embakasi South by-election.

“In Embakasi South it was NASA versus NASA and Sumra congratulated Mawathe. Even us in ODM congratulated him (Mawathe)… So why is the media making a big issue about it. People will make comments here and there,” said Odinga.

He noted that “there are no issues at all in ODM or any differences. ODM remains a very strong and united party”.

Pastor Ng’ang’a Wants Court Protection Over Alleged Sh3.6m Rent Fraud < Previous
Windsor Hotel Employee Awarded Sh2.6 Million after She was Sacked Over Pregnancy Next >
Recommended stories you may like: