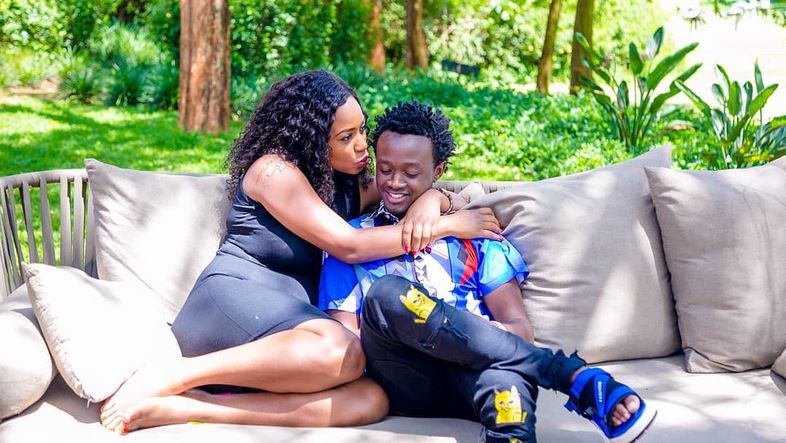 It appears that Bahati has finally been pushed to the wall by his haters.

The famous gospel singer, who mostly prefers to ignore his detractors, went out of character as he hit back at a fan who tried to cyberbully his wife Diana Marua.

This happened on the comment section of a video post the singer shared on his Instagram Wednesday congratulating Diana Marua for copping a brand endorsement deal.

But a follower attempted to rain on Bahati’s parade as they claimed that the deal was waste of time because Diana will be retiring within the next one year due to her age.

“Shida ni next year but one anaretire.. No need. This age lol,” wrote the user, @nandwai.

But Bahati did not take this lying down as he responded in the most savage way possible. Some people even claimed Bahati was too arrogant in his reply for a gospel singer.

“@Nandwai Imagine she will retire a rich and blessed by God while you will still be poor struggling and hating on favoured people. If I wewe you I would repent .. niulize mungu nitapata wapi kazi.. niwache kukua idle social media. Written this with lots of love because I can see ukona wivu na low self-esteem. Feel free to me I’m your successful small bro” reads Bahati’s reply. 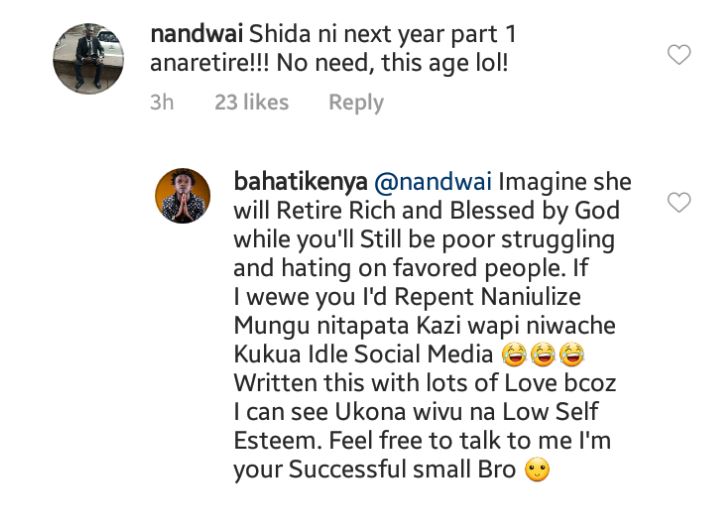 9 Things Anita Nderu Wishes She Would Have Done Differently in her 20s < Previous
Hilarious Meme Compilation (Friday March 8) Next >
Recommended stories you may like: