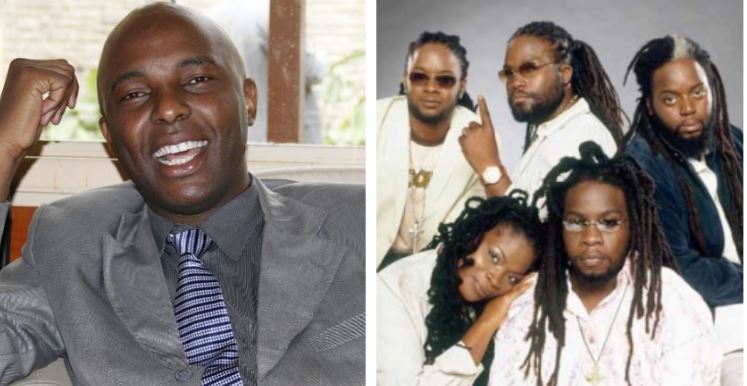 Una Morgan, a member of the sibling Reggae music group Morgan Heritage, has gotten word that a Senator in Kenya has named his child after her.

Mr Irungu Kang’ata, who is the Senator for Murang’a County, while professing his love for reggae music last week, revealed that he named his second child Una Morgan.

“I named my second child Euna Morgan. How Comes’ is one of Morgan Heritage’s songs that really inspire people because they are highlighting the challenges people go through in life,” said Kang’ata during an interview with the Star.

No sooner had the Senator’s revelation reached social media than Una Morgan responded, expressing her gratitude.

She tweeted: “I am sooo humbled by this. I’m grateful my family could have a positive impact on people’s lives and families. I cannot wait to meet her.” 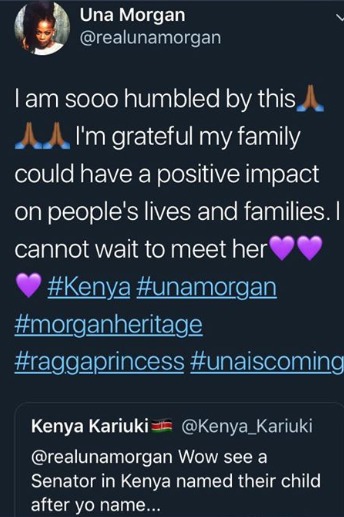 Musician Reuben Kigame Opens Up on Losing Wife in an Accident, Mwai Kibaki Recognition… < Previous
Avril Talks Balancing Work and Being a First Time Mom Next >
Recommended stories you may like: