US-Based Deputy Governor to Serve Without Salary, Steps Down as Health CEC 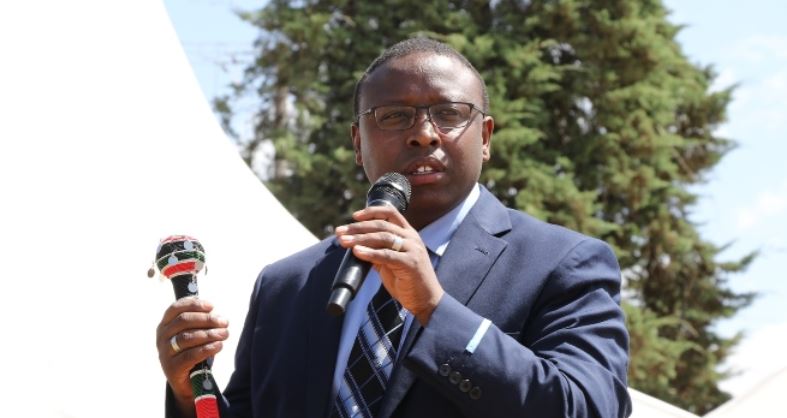 In a press conference at his offices, West Pokot Governor Prof. John Lonyangapuo said he received a letter from Dr. Atudonyang notifying him of the decision to step down.

The County boss added that Atudonyang will now only serve as the county deputy governor without salary.

This comes after Governor Lonyangapuo was last week grilled by the Ethics and Anti-Corruption Commission (EACC) on claims that his deputy works full time in the United States yet continues to earn a salary as West Pokot’s deputy governor.

But the governor claimed that Atudonyang does not depend on the deputy governor salary.

“He (deputy governor) does not depend on the salary. Those who have been making noise about misuse of funds should stop it,” said Prof. Lonyangapuo.

Earlier this year, residents of West Pokot raised concerns about Atudonyang’s absence saying he had been in the county for less than one month since he was sworn-in into office in August last year.

“He must relinquish the position if he can’t stay in Kenya and work for the Pokot. We have many challenges due to poor leadership. We have seen many referrals to Eldoret and shortage of drugs,” IPLF chairman Ezekiel Pyegoh said in May.

Colonialism Ended Years Ago. Let’s Focus on Development – Raila to Kenyans < Previous
Kenyans Are Convinced the SGR Ngong Tunnel is in China – PHOTOS Next >
Recommended stories you may like: