Kenyans Are Convinced the SGR Ngong Tunnel is in China – PHOTOS 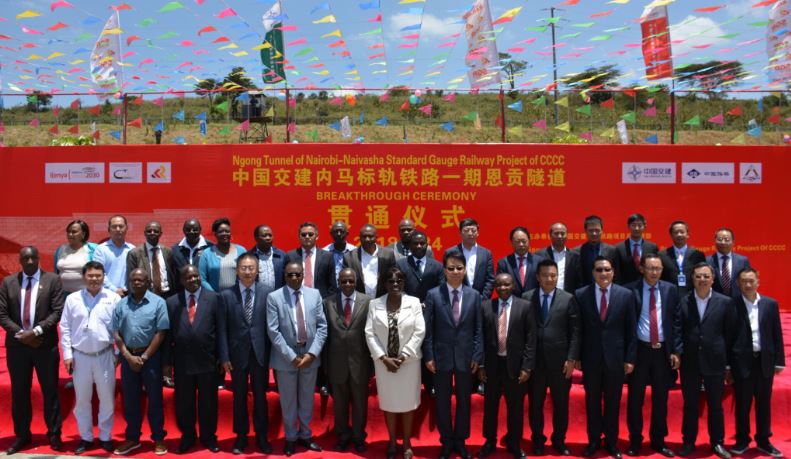 Just like the recent unveiling of new police uniforms, the completion of the SGR Ngong Tunnel has been met with discontent from Kenyans who claim it is more Chinese than Kenyan.

The tunnel, which is the second longest railway tunnel in Africa and first in East Africa, was on Monday completed after two years of construction.

It stretches for 7.41km and is on the 120-kilometer Nairobi-Naivasha route of the Standard Gauge Railway (SGR). It has been designed as a single-track railway path with a clearance height of 7.6 metres and a width of 6.4 metres.

The Ngong tunnel is funded by the Exim Bank of China at a cost of Sh150 million.

According to the Kenya Railways management, laying of tracks is the next step after completing the tunnel.

And as Kenya Railways celebrated the milestone yesterday, Kenyans online pointed out how every aspect of the project was Chinese.

It features prominent Chinese writings with the few English translations being done on a smaller font. The site at Embulbul (Kajiado County) also features the colours red and yellow of the Chinese flag and Kenyans on Twitter have made their discontent known.

We have sampled some reactions after the pictures below. 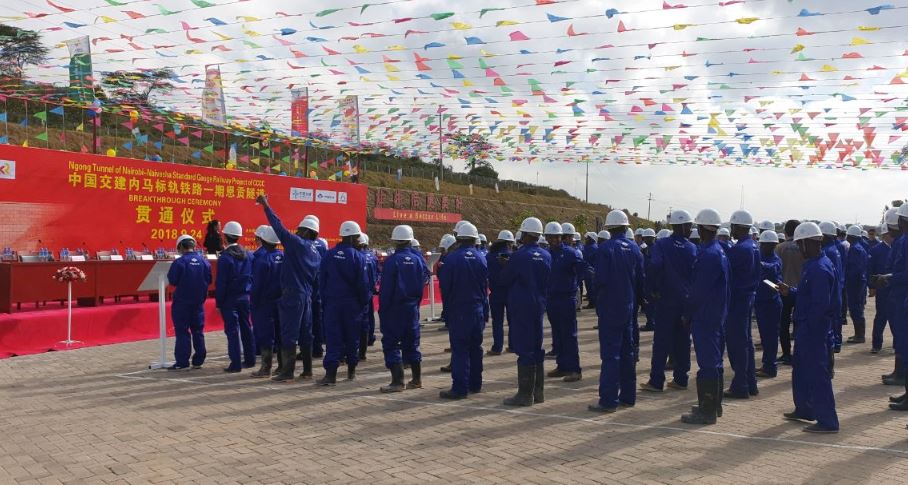 WHAT THE HELL IS THIS? Why is everything written in Chinese???? @KenyaRailways_ @SGRHeadOffice you gotta be joking! This country is being ruined. SGR Ngong tunnel looking like a tunnel in Guangzhou. So disgusting eh! There’s no single trace of Kenya ?? in this thing. pic.twitter.com/v9gy21IvUK

Are you kidding me? People are ruining this country. SGR Ngong tunnel looking like a tunnel in Guangzhou. I’m so disgusted. There’s no single trace of Kenya ?? in this thing. pic.twitter.com/LSSEgxIWQm

The New Police Uniforms Look similar to the Uniforms of the Chinese Employees on SGR. Are the Police becoming Chinese employees too?Meanwhile the Ngong Tunnel has been designed in a Way that it looks like Beijing China without a single Kenyan flag!! We can’t allow such. RESIST! pic.twitter.com/1709PzPvYh

Most of the writings here at the Ngong SGR Tunnel are in Chinese because Chinese is set to become Kenya’s third national language. pic.twitter.com/mfTjkakwAt

Definition of when you invite boy child to dinner at your house; he leaves one shoe behind, next time he forgets the other, then sock, a shirt… Before you know it he’s moved in closet space, wall portraits and all ?
It always ends up working out though #SGRNgongTunnel pic.twitter.com/DU6WGtvDon

Am saddened by the large Chinese writings with no Swahili translation. Ukoloni mamboleo

My worry is the Chinese language all over the place

Someone would be forgiven for thinking this is Beijing China

This looks more like a Chinese tunnel than a place in Ngong!! Change this stuff to be Kenyan at least.

US-Based Deputy Governor to Serve Without Salary, Steps Down as Health CEC < Previous
Hilarious Meme Compilation (Tuesday September 25) Next >
Recommended stories you may like: