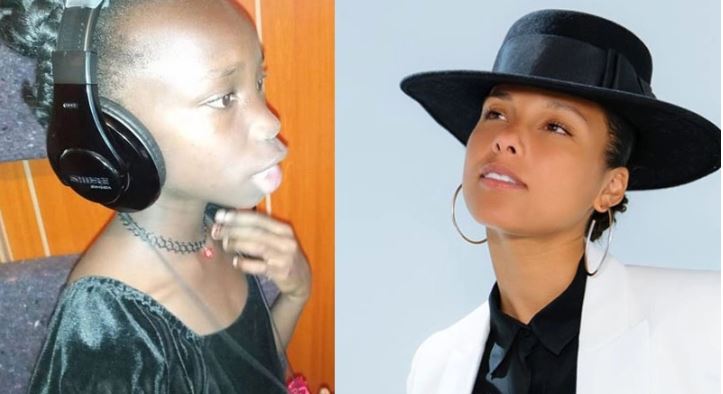 When 13-year-old Gracious Amani belted out Alicia Keys hit single ‘Girl on Fire’ to a group of foreigners with a camera, she probably didn’t expect what was to come.

In addition to the Kenyan online community showering her with praise, some music industry stakeholders have offered to mentor and help Gracious Amani reach her full potential.

They include singer Vivian who has since hit the studio with Amani, and State House brand strategy director Thomas Kwaka, best known as Big Ted, who has plans to enroll her at the African Creative Arts and Innovation College once she is done with her education.

Well, the best possible outcome from the viral video is that Alicia Keys has finally recognized Gracious Amani and like everybody else, she was impressed.

The Grammy Award-winning vocal powerhouse On Tuesday shared a video of Amani’s rendition with her over 31 Million followers on Twitter.

She captioned it, “Look at this beautiful soul!”

The Trending Images in Nairobi This Thursday < Previous
PHOTOS – Woman Almost Run Over By Sonko’s Car in Scuffle For Handouts Next >
Recommended stories you may like: