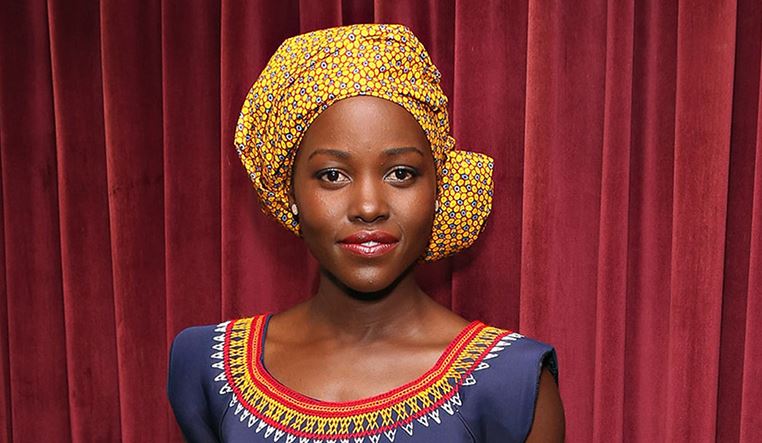 Kenyan Hollywood actress Lupita Nyong’o was in the country over the weekend.

The Oscar winner sneaked into the country and headed to her hometown in Kisumu County on Saturday, throwing the lakeside town into a spin.

Just like her visit in 2015 for her sister’s wedding, and another last year for a relative’s wedding, secrecy was paramount.

We understand Lupita’s public engagements are only approved by her director, hence the need to block journalists and the public from interviewing or taking pictures of her.

At least 15 county government vehicles were in the convoy that took Lupita around several sites in Kisumu, including Kanyakwar cultural centre, Goan Institute, among others.

The 12 Years A Slave actress also met with her dad – Kisumu County Governor Anyang’ Nyong’o- at a closed-door meeting with a group of investors keen on supporting Kenyan artists.

At the Goan Institute, a group of artists said they were only expecting county officials but were left stunned when the star visited their dusty training room.

Dressed in a dotted light blue dress, Lupita joined the dancers and directed a few questions to them about their art.

The ‘Queen of Katwe’ star also visited the Kisumu Museum, where only a few people were allowed in. It was unclear the duration of Lupita’s visit but Radio Citizen and Ramogi FM reporter Allan James Obiero said she was still in Kisumu as at Sunday, May 6.

Anerlisa Muigai Bounces Back From Relationship Heartbreak With New Product – Photos < Previous
Zari: “The Queue of Men Waiting to Date Me is Unbelievable” Next >
Recommended stories you may like: