“Rafiki is a Reflection of Society,” Director Defends Banned Film 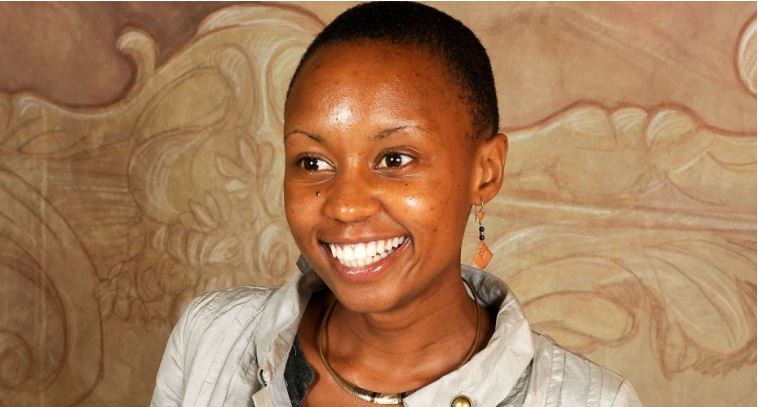 Wanuri Kahiu has termed ‘unfortunate’ the ban on her lesbian love story Rafiki by the Kenya Film Classification Board.

Through CEO Ezekiel Mutua, KFCB said the homosexual scenes in the film were illegal in Kenya.

Mutua said the script previously approved by the board had been altered, and that he will pursue legal action against the producers.

The morality policeman also said his objections were around romantic scenes in the film, and that he had asked the Kahiu to edit these scenes.

KFCB further alleges that foreign sponsors are trying to introduce and normalise homosexuality in Kenya through movies and they should desist from such acts.

But Wanuri counters that the board did not ask for changes to romantic scenes, and instead asked the director to change the ending of the film.

“They asked me to change the ending of the film because they didn’t feel the ending was ‘remorseful’ enough,” Kahiu told The Hollywood Reporter of the meeting, which took place April 16.

Kahiu said she originally told the board she would consider their suggestion but returned April 25 and declined to make the change.

“They did not ask me to change any scenes of intimacy,” she said.

The film is based on Monica Arac de Nyeko’s short story Jambula Tree, which won the Caine Prize in 2007. The story sees the two lovers beaten as their community turns against them.

“It was a good thing to have this film because it recognises the long-time handiwork of us Kenyans, but it is unfortunate that it was banned. It is basically from a short story book called Jambula Tree, which in 2007 became a prize winner and it was not banned,” Wanuri said.

“What the ban means is that there is no single adult in Kenya who will be able to watch it. What we intended to communicate about is a reflection of society, some of whose lifestyles you may not agree with, some of whose beliefs you may not agree with. However, we have the right of constitution to redefine ourselves we also have the right of constitution to express the freedom of speech.

“We feel that the Kenya Film Classification Board violates our right of expression and this means that they will intimidate other filmmakers who might want to talk about different issues from coming up. We submitted our work earlier to them and there was no point where we broke the law. We feel disappointed because by doing this, they are denying the adults the opportunity to decide whether they will or they will not watch it,” she said, adding that the film will be shown around the world but not in Kenya.

Rafiki is the first ever Kenyan film to premiere at the prestigious Cannes International Film Festival. It has gained a lot of international support, with Grammy winner Janelle Monae throwing her full support behind the movie, saying, “Let’s celebrate this film, y’all. Let,s do screenings all over the world #Rafiki.”