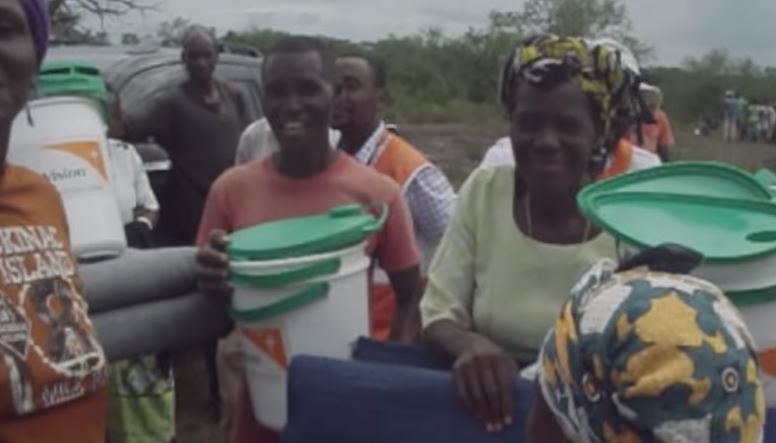 Residents of Kilifi County who have been displaced by floods have appealed to the government to provide them with condoms and other forms of contraceptives.

Currently, more than 6000 residents have been displaced by flash floods from the ongoing heavy rains. They are camping at Garashi in Magarini constituency after River Sabaki burst its banks last week and swept away their houses.

According to elders at the camp, the county government should distribute contraceptives because residents risk contracting sexually transmitted diseases at the camp.

“It is raining all over, it’s cold at night and we have met some new faces here, some that we used to have some aside affairs with but we are now together in this camp.

“We have very young and sexually active boys and girls here. Fate brought us here and none knows the history of the other. We are strangers. The county department of health should consider bringing us condoms,” said Mikache Tero.

Another elder, Mzee Kitsao said the need for condoms is paramount and their appeal should be treated as a matter of urgency.

“The need for us to have condoms here is paramount. Some of us came with our teenage boys and girls. Since they are sexually attractive, our fear is that they may engage in unprotected sex which will lead to infections. We cannot remain here as foreigners and as a group without the contraceptives. It is dangerous.”

“We may fail to address this issue and then get diseases. That is why we have broadly stated that the government brings condoms here to avert a disaster,” said Tsohindi Babu, another elder at the camp.

County chief officer in charge of health Kenneth Kazungu said his department is already dispatching condoms to the camp.

“I thought they were facing several challenges but since they have talked on the matter, we shall send them whatever they require. We have enough stock to assist them,” said Kazungu.

Police Rubbish Claims That Sh390,000 Robbery Victim Found Attackers Manning a Police Desk < Previous
“Rafiki is a Reflection of Society,” Director Defends Banned Film Next >
Recommended stories you may like: