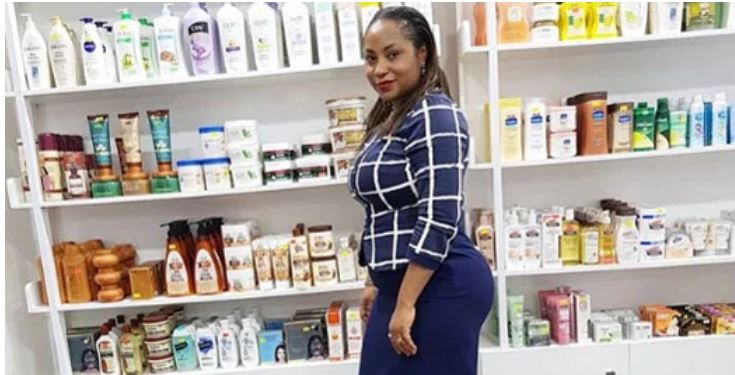 The troubles plaguing the family and close associates of Bongo Flava artiste Diamond Platnumz can’t seem to end. This after it emerged that the singer’s sister, Esma Khan, was arrested for selling fake cosmetic products.

Reports from Tanzania indicate Esma spent Saturday night behind bars after she was found in possession of the products.

Esma, who was born of the same mother to Diamond but from a different father – was detained at Mabatini police station in Dar es Salaam after she was arrested by Tanzanian Food and Drugs Authority (TFDA) for selling products that have been banned for being harmful to consumers.

TFDA officers are said to have ambushed Esma’s salon situated in Sinza around 9 pm.

On receiving the news of her arrest, Diamond’s mother Sandra Kassim, accompanied by her son-in-law Petite man (Esma’s husband) rushed to Mabatini police station to try and secure her release.

However, their pleas were turned down with one officer reportedly telling Sandra that they would not let Esma go even if they called Diamond to intervene.

A heated verbal exchange is said to have ensued, with police eventually threatening to throw Diamond’s mother into the cell if she continued causing a scene.

Sandra, who made headlines recently for beating Hamisa Mobetto, eventually calmed down but spent the night at the cell until the following morning when her daughter was released.

Her arrest comes in the wake of the arrest of Diamond’s manager Babu Tale on Tuesday for defaulting payment of a Sh11 million debt.

‘Don’t Be Fooled,’ Kobi Kihara Reveals the “Secret” to Her Smooth Skin < Previous
Man Stabbed to Death After Sipping Friend’s Beer Next >
Recommended stories you may like: