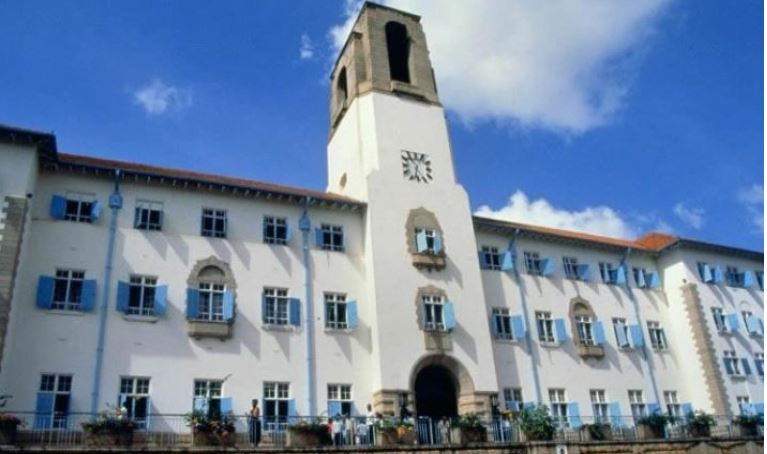 A Kenyan student, Racheal Njeri Njoroge, has revealed the details of her alleged sexual harassment ordeal at the hands of a Makerere University staff member.

In a complaint letter dated 16, April, Rachel claims the incident happened when she had gone to pick her transcript from the office of Senior Administrative Assistant Edward Kisuze on April 13.

She said she went to the office at around 10 am but was told to wait until 2.30pm.

“I went out and waited patiently on the bench but when it clocked 4.30 pm, I could not wait anymore and I went back to see if I had succeeded.

“When I got into the room, the staff told me to wait five minutes so they could see if my transcript had been worked on. Fortunately, my transcripts were certified and handed to me,” wrote Ms Njeri.

Njeri said the sexual attack started as she was looking through her transcript.

“As I was looking through them, the man who had given them to me turned out to be so inhumane to me. He grabbed my b**bs and started licking them as he lamented how much he loved me.”

Njeri added that she tried to resist Kisuze but he overpowered her, grabbed her, and threw her on the cabinet files.

In the process, the student took out her phone and captured some pictures to provide as proof of the incident.

“I got my phone and captured some shots because I realized there were no cameras in the room to help me out if I had reported the case. I tried calling Steven to help me out but unfortunately, the man hanged up on me and threw my phone on the chair. He continued harassing me and that’s when he put his fingers in my vagina which was so painful,” the letter reads in part. 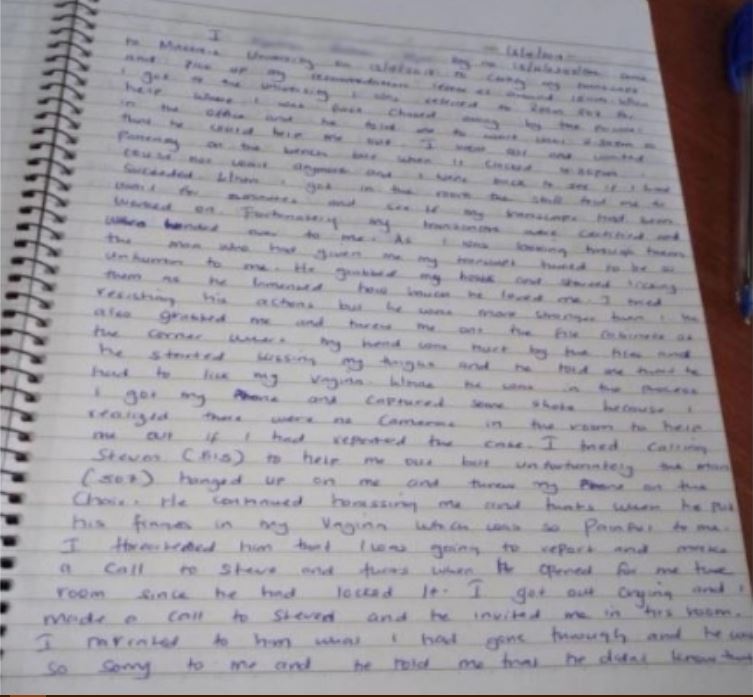 Ms Njeri continues to narrate that she threatened the lecturer and that is when he opened the door (which was locked) and ran out crying.

The Makerere University has since responded to the complaint and suspended Edward Kisuze after finding his response to the allegation unsatisfactory.

He has also been advised to desist from accessing the Senate building or interacting with Makerere University students until investigations are completed.

Makerere University spokesperson, Ritah Namisango, said the lecturer has since been arrested and is being held at Wandegeya Police Station in Kampala. 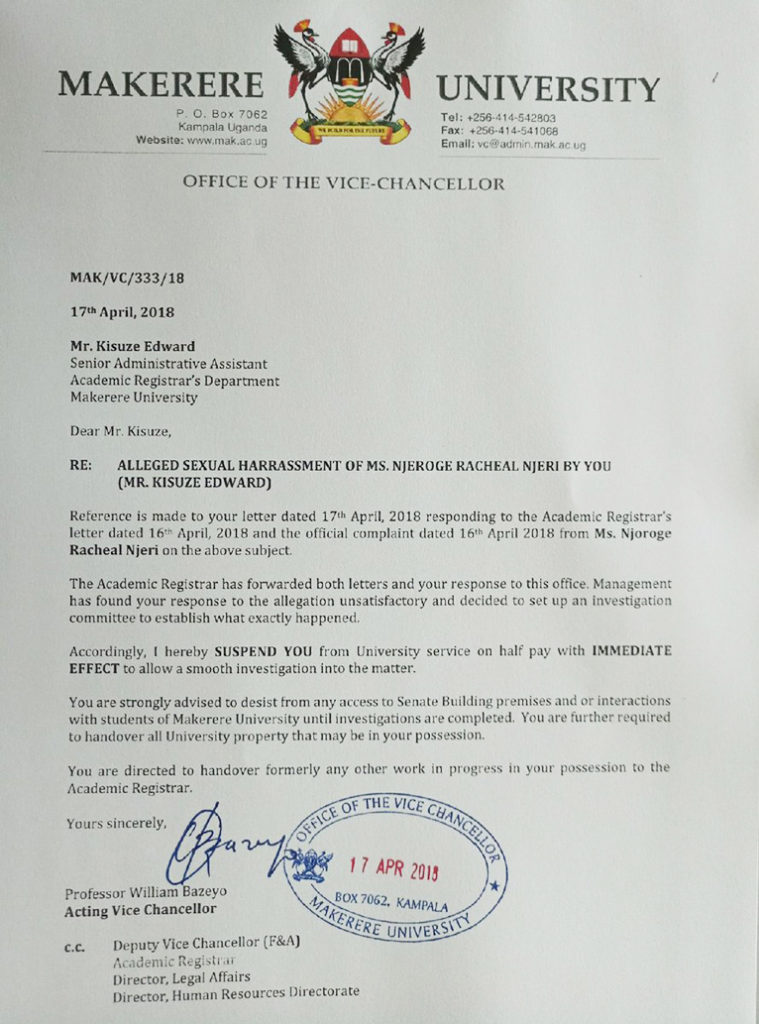