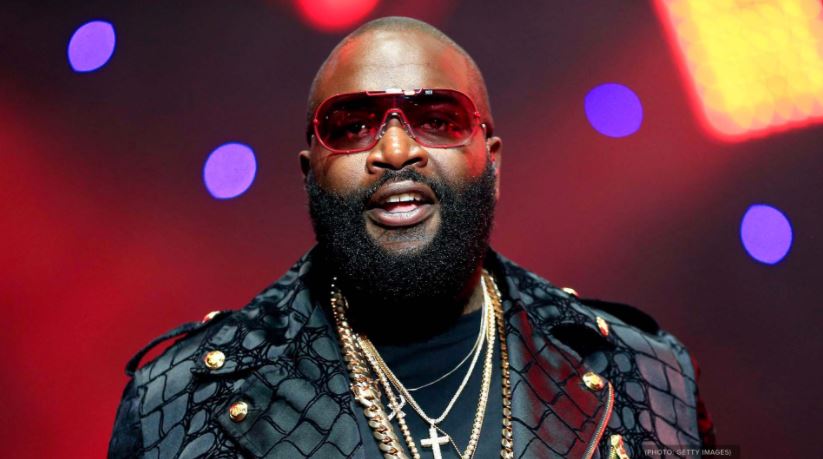 For the better part of Wednesday, social media users were up in arms against American rapper Rick Ross and his extortionate demands before he accepts to perform in Nairobi later this month.

It had been reported by a local blog that the Maybach Music Group founder demanded among other things a helicopter, 3, 500 bottles of premium alcohol, three floors of a 5-star hotel, a shutdown of two major roads in Nairobi – Mombasa and Langata Road, 30 air tickets; with ten of them being First Class tickets, four vans whose windows are fully tinted and 1, 500 new white towels.

However, organizers and promoters of Rick Ross’ concert have rubbished the alleged demand list as a fake.

“NRGWave is urging the public to disregard the Rock Ross rider doing rounds online ahead of the concert scheduled for the 28 April at the Carnivore,” read a statement posted on Twitter.

“The article misrepresents the terms of the contract we signed with Boss management team. Rick Ross is ready to meet Bosses and Ballers at Carnivore for a mega Boss Party with Rozay at the second edition of #NRGWave,” it added.

The Boss himself denied the alleged tour rider as he got into a tiff with an angry Kenyan on Twitter.

The Twitter user, DJ Pskratch, posted: “@RickRoss you are not the president. Your demands are too high, but make sure you live up to our expectations coz if you don’t, @Khaligraph will tear you apart.”

In his response, a seemingly infuriated Rozay wrote: “@PSKRATCH1, you sound just as stupid as whoever told your stupid [expletive] those false demands. #Kenya.” 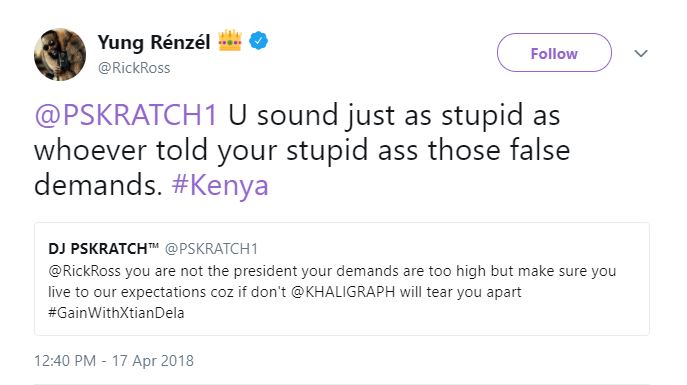 Kenyan Student Narrates Sexual Harassment By Makerere University Lecturer < Previous
“They Are Not As Important As They Think They Are,” NMG Chairman on Exit of Columnists Next >
Recommended stories you may like: