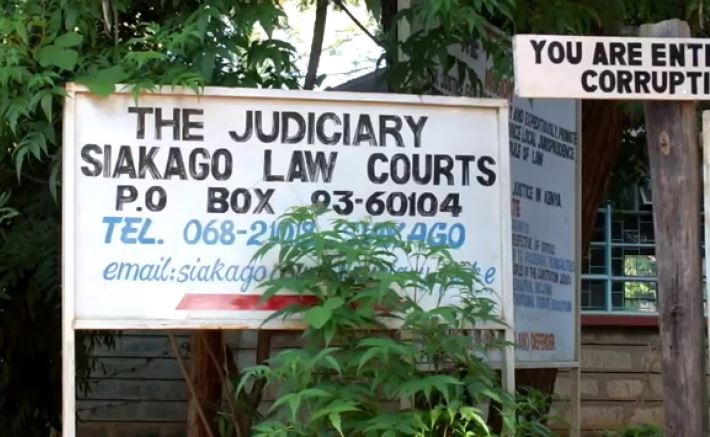 A 23-year-old man has been sentenced to serve time in jail after he was found guilty of defiling two girls aged 13 and 14 years in Witwa village, Mbeere North Sub County.

The suspect, Pius Njeru Nyaga, had been accused of defiling the pupils who were his neighbors on October 10, 2016. He is said to have lured the girls to his house where he had sex with the older girl, who was allegedly his girlfriend.

The miraa trader, together with the girl, then convinced her sister to have sex with him, but the girl later informed her parents leading to the suspect’s arrest.

In his mitigation, Njeru appealed for a non-custodial or lenient jail term saying what they had was consensual sex since he was in a relationship with one of the girls. He also informed the court that the two were now married.

In his ruling, Siakago Senior Principal Magistrate Thomas Nzioki said he sympathized with the accused but noted that the Sexual Offences Act, was express that the minimum jail term for someone found guilty of defilement was 20 years.

The Magistrate said the prosecution had proved beyond doubt that Pius had defiled the girls and sentenced him to 20 years in jail.

Nzioki noted that magistrates had on several occasions faulted the laws since they tended to discriminate against teenage boys who were in sexual relationships with their female counterparts.

He said the law didn’t consider the age of the perpetrator and jailed the young men the same as the elderly men found to have abused young girls.

“When the law (the sexual offences Act,) was crafted, Parliament tied the discretion of judicial officers in terms of sentence. We have been discussing it in various forums. There are those isolated cases of child play. When I look at your age and that of the girls, it is almost the same. Being a young man, you fell to that opportunity. The laws are ‘over punishing’ very young people,” said Nzioki.

The magistrate, however, said only the parliament had the ability to review the laws.

“The problem is that we collect all manner of laws from the West and rush to implement them,” he said.

Tero Mdee Reveals “My Family was Upset About My Relationship with Prophet Hebron” < Previous
Watch: Babu Owino Talks “Dirty” With Female Reporter About “Opening Njeri Servers” Next >
Recommended stories you may like: