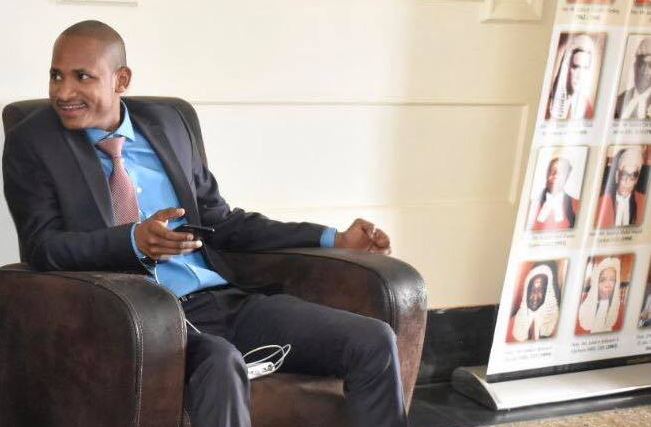 Well, there is no denying that Babu Owino is one of the most foul-mouthed personalities in Kenya.

From hurling unprintable insults towards President Uhuru Kenyatta to calling on NASA supporters to “open Njeri servers” if they cannot resist women from the Kikuyu Community, the Emabakasi East MP almost has no filter in his mouth.

Whether on political rallies or on social media, Babu has consistently shown an insatiable appetite for making derogatory remarks with sexual connotations and he was at it once again while talking to a female reporter.

In a video that is about to go viral, Babu Owino is seen answering random questions from the equally dirty-minded reporter before he is asked about what he meant about opening Njeri servers.

“I want people to seduce you as a Njeri,” said Babu Owino. When pressed further if he meant opening of servers as a bad thing, Babu Owino answered: “Is that a bad thing? When your server is opened, will you feel bad or good?”

Babu Owino and the reporter continue their sexually-charged exchange, with Babu Owino explaining how “servers” should be opened.

“Hapana. No, no no, (I was not promoting rape)..the server must be opened nicely and in a well orgasm way..not orgasm [but] organised way,” said Babu.

Some claim that Babu Owino and the female reporter were flirting. You decide! Watch the video below.

Man Who Defiled Two Teenage Sisters Found Guilty Despite Marrying One of Them < Previous
Sh48 Million ‘Kidero Grass’ Loan Comes Back to Haunt City Hall Next >
Recommended stories you may like: