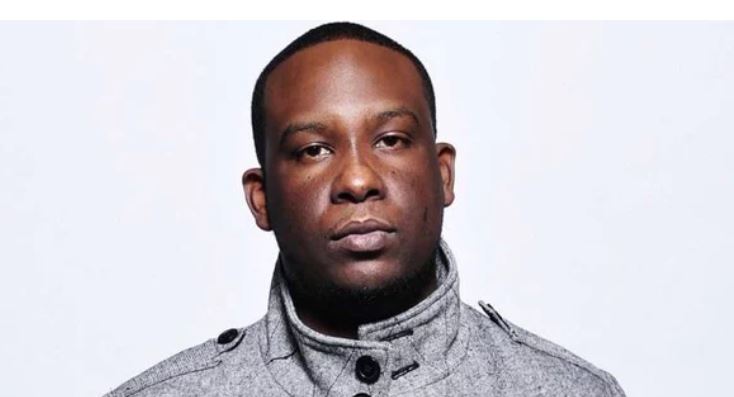 Michael Ndung’u, better known as DJ Fully Focus is an international touring DJ, an events’ organiser, and booking agent based in Atlanta, Georgia.

Born and raised in Nairobi, DJ Fully Focus developed a passion for music and the art of disc jockeying at the tender age of 13 while attending his first live music event.

After more than 10 years struggling to make a name in the competitive music world in the United States, the entertainer is now one of the most sought-after disc jockeys and has worked with big names like Akon, Major Lazor, and more.

He spoke to Buzz about his exploits in the international entertainment scene, and key lessons local entertainers can draw from his experiences.

Tell us how your name “Fully Focus” came into being

I wanted a name that would be a mantra for me; a name that would speak to my way of life, reflect my character. I believe that in order to accomplish anything meaningful you must remain focused to the cause you hold dear.

How was the start for you in the US?

As a black person who was not even born in the US, the beginning was trying. The American entertainment scene is so brutal such that the key players have already been selected. Having quit college to pursue fulltime deejaying, it was a major risk. But I was resolute.

In my view, it was better to be a big fish in a small pond that to be a small fish in a big sea. I, therefore, made a deliberate decision to identify and create my own slice in the market where I could enjoy some level of control of how much I can grow while adding value to the market.

For me, that niche was the Kenyan community in the US. That was back in 2005.

What did it take to establish yourself in America?

I have worked in the US for 15 years now. In 2005, I met Babu, a Kenyan DJ who had just moved into the US. We partnered to form Takeover DJS, a company that aimed to elevate the quality of entertainment among Kenyans living in the US.

After 10 years, we were able to accomplish that. I had a bevy of ideas that I always wanted to explore as a DJ, but which I couldn’t explore while in the partnership. So, in 2015, I decided to go it alone.

Major highlights of your career?

Organising a music festival and recording an all-Afrobeat mixtape with Major Lazer was my first project working as an individual. I was also part of the team that facilitated the first Sauti Sol tour of the US and organised a mini-tour for D’banj also in the US. Additionally, Akon participated in a music festival I had organised where we spent eight months on the road together.

Where do your gigs come from?

I mainly perform in club residences where I have three to five gigs every week. I am also a touring international DJ. I spend half of the year or 25 weeks on world tours across Asia, Africa, the Islands, Europe and even in the US.

As an events’ organiser and a touring deejay running a booking agency, how do you balance your time?

I have learnt the importance of planning things way in advance. This helps me to prepare for upcoming gigs, to organise for travel and make the necessary bookings. I am also able to prioritise events that are of most importance to me. I consider myself lucky to have and to work with a great team of people who have a clear understanding and are fully committed to the growth of our brands.

Who are some of the big names you have worked with?

I have worked with Usher, Wizkid, Sean Paul, Major Lazer, Davido, T.I., Rick Ross, Tiwa Savage and Akon, who happens to be my business partner.

Have you had nasty experiences in the US with regards to your deejaying career?

Plenty. But two incidents stand out. I had just got the biggest contract of my career, working with one of the mainstream radio stations in Atlanta.

One day, I happened to tell my audience on air about the club where I would be performing that weekend. The proprietor of the station got so mad, and accused me of promoting a rival brand. He fired me, despite all the work I had put in to add value to the brand. While I was still grieving, a close friend was shot and killed on allegations of drugs trafficking.

I was deeply upset for months. While this turbulence backpedalled me, it made me grow in character. I also learnt that sometimes one is not in control of things as they may assume to be.

Do you ever miss home?

Nostalgia is common to those ply their trade abroad. I’m practically in Kenya every four months as a result. There’s some sort of irresistible pull to visit my country.

What other engagements do you have besides deejaying?

Are you dating? Do you have a family?

I am not dating. I don’t have a family either. All my focus is on my work at the moment.

Besides money, what else do you enjoy about deejaying?

My deejaying career allows me to travel the world, which is always a sensational experience, with different things to see. I travel to Asia, Europe, Australia and Africa, interacting with lots of people from different cultures. It’s overwhelming to know that my mixes are enjoyed by diverse audiences in diverse cultural settings and geographical zones.

What key lessons can local artistes draw from international scene?

It is often easy to imagine that top entertainers in the world got there by virtue of talent alone or luck. In truth though, working your way to the summit of any industry demands a lot of work, commitment and discipline. You must invent ways of appealing to different audiences, for you to have a global reach. But you must also be clear about your target audience. Be at your best at all times; you never know who is watching. Perhaps most crucially, don’t expect anything from anyone. No one owes you anything. But being consistent in what you do, and constantly seeking to improve and raise your worth, the right people will notice you, and reward your diligence.

How can local entertainers who wish to work with you get in touch?

Fans and potential partners can find me on Twitter @fullyfocus and on Instagram @fullyfocus. They can also email through [email protected]

Do you intend to relocate to Kenya someday?

Someday, yes. But for now I want to do business abroad.

To take the music world by storm, travel as much and bring my music festival Passport Experience home. This is already promising to be a thrilling year.

Going Global!! Habida Drops Sizzling New Single ‘Searching’ – VIDEO < Previous
The Axe or Hatchet: an essential tool for your DIY zombie apocalypse survival kit bug out bag Next >
Recommended stories you may like: