VIDEO: High School Teacher in ICU After Botched Chemistry Experiment in his House 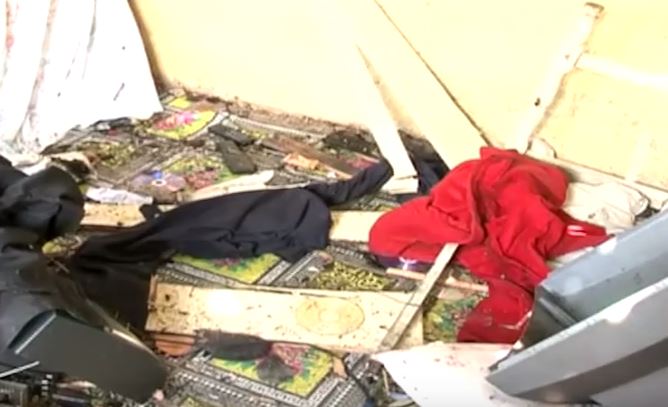 A high school chemistry teacher is fighting for his life at the Kisii Referral Hospital Intensive Care Unit after an experiment at his home went wrong on Wednesday morning.

The teacher, Collins Mageto, aged 30, was rushed to the hospital after the botched experiment with explosive substances.

According to Nyamira North OCPD, Maurice Asilah, the explosion blew off the teacher’s rooftop.

“The teacher’s neighbours say that they heard a loud explosion at around 11 am and immediately rushed to the scene and saw part of the roof blow up, the rooftop has been destroyed and the items have been scattered in the house,” Asilah told Citizen Digital.

Police recovered several samples of chemicals and other experimental equipment from the scene. Shells of electronic gadgets including a television set and other items were scattered on the floor.

Asilah added that initial assessment indicates the explosion had no direct link to any criminal activity.

“We have invited bomb experts and the Anti-Terrorism Police Unit to carry out comprehensive investigations at the scene for a better expert opinion. But our assumption is because he is a science teacher, he may have been doing a scientific experiment which went bad,” said Mr Asilah.

Fred Gumo’s Son Arrested for Causing Death of Motorist in 2015 < Previous
Court Dismisses Steve Mbogo’s Petition to Gag Media Over Defilement Case Next >
Recommended stories you may like: