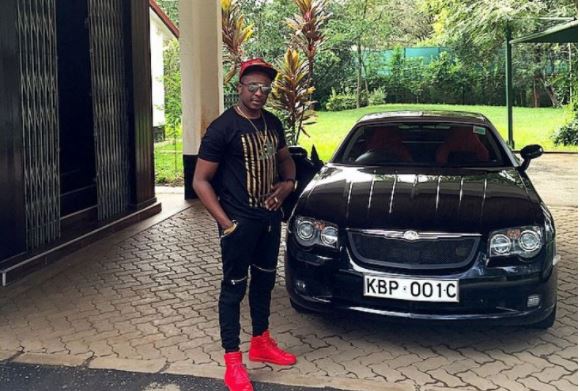 Controversial ‘businessman’ Steve Mbogo has lost a bid to gag media houses from publishing articles relating to a defilement case he was imprisoned for.

Mbogo, who lost to Jaguar in the Starehe parliamentary race in the recent General Election, had his petition thrown out by Senior Resident Magistrate David Mbeja on Tuesday.

The Magistrate ruled that his case against The Star, Nation Media Group, MediaMax and the Standard Group, lacked merit.

Mbeja added that the information is already in the public domain and media houses enjoy the qualified privilege unless such publication is actuated by malice.

“Journalists, unless barred by the court, are entitled to publish a fair and accurate report of judicial proceedings before any court,” he ruled.

He added: “Elections are also over and all aspiring candidates of various political positions were subject to public scrutiny.”

The judge, however, said that Mr Mbogo has the alternative of taking his complaint to the commission established under the Media Council Act whose mandate includes resolution of disputes between members of the public and the media.

In 2009, Mbogo was convicted and jailed 20-years by the Kibera law court for allegedly defiling a 15-year-old girl.

He was, however, set free after appealing the decision at the High court. Reports also indicate that a woman who was charged with destroying evidence related to the case was also set free.

The defilement incident allegedly happened on August 3, 2008, when the minor went to his rented Kileleshwa apartment to give him change.  This was after he had offered to buy her olive oil for prayers at her parents’ house.

It was alleged that the politician was dating the minor’s elder sister.

Mbogo denied the allegations and claimed that the charges were fabricated by the minor’s mother.

He claimed in his defense that the mother had demanded Sh500,000 from him in order to drop the charges.

VIDEO: High School Teacher in ICU After Botched Chemistry Experiment in his House < Previous
I Toured Nyanza Region and It is Not Marginalized…Only Opportunities Galore Next >
Recommended stories you may like: