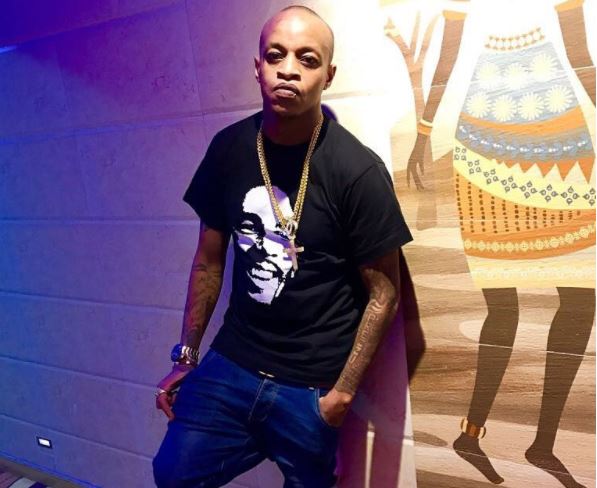 Rapper CMB Prezzo has said he is now over Yola who is rumored to have found love in a white man.

The two dated for two and a half years, a relationship that saw the couple costar in reality television show ‘Nairobi Diaries.’

They were also engaged but due to irreconcilable differences, they went their separate ways.

Speaking to Kiss about the failed relationship Prezzo said: “If God hasn’t written it, it won’t turn out the way you want it to.I believe that life is a learning curve and if one door closes, another one opens. Some things will happen and make you feel heartbroken but maybe it could turn out to be a blessing in disguise.”

Asked if he is over Yola, he said: “Yes, I have gotten over her already. I keep myself very busy. I just hope and pray that she is good where she is.”

Prezzo also said he has not moved on and is in no rush to jump into another relationship.

“No, I’m not seeing anybody right now, and I’m not really in a rush.”

On the issue of Yola’s name tattoo he got last year, the rapper explained that he will not be removing it because their relationship meant a lot to him.

The rapper is currently working on releasing songs after elections and has done collabos with Tanzania artistes among them Joh Makini, Mr Blue, and Baraka The Prince.

The Hottest Stories on the Internet Today (Friday August 4) < Previous
Adelle Onyango’s Epic Clap Back at Internet Trolls Over her Crooked Teeth Next >
Recommended stories you may like: