Willy Paul Tried to Attack Khaligraph Jones on Twitter. This is the SAVAGE Clap Back he Got 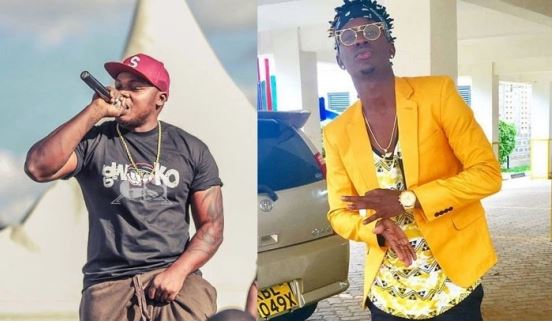 Kayole’s finest rapper Ndugu Omollo aka Khaligraph Jones is taking no prisoners in his quest to become the G.O.A.T(greatest of all time).

The ‘Micasa Sucasa’ rapper has in the past week had the spotlight shine on him after bleaching allegations were leveled against him.

He hit back almost immediately with the track ‘Toa Tint’ (Mask Off), and in the process got Willy Paul involved by mentioning him in the track.

Unhappy with the mention, the “gospel” star took to twitter to bash Khali but soon learned that he may have bitten more than he could chew.

Here’s how that conversation went down:

#ToaTintByKhaligraphJones @KHALIGRAPH why mention me on your Song toa tint? Kiherehere

Cos you were becoming irrelevant and someone had to help you become relevant again #ToaTintByKhaligraphJones https://t.co/pvuxnEizu4

And some reactions from KOT:

Jaguar Introduces his Sober Dad After Battle with Alcoholism (PHOTOS) < Previous
Scrap Metal Collector Blown Up While Handling Explosive Device Next >
Recommended stories you may like: