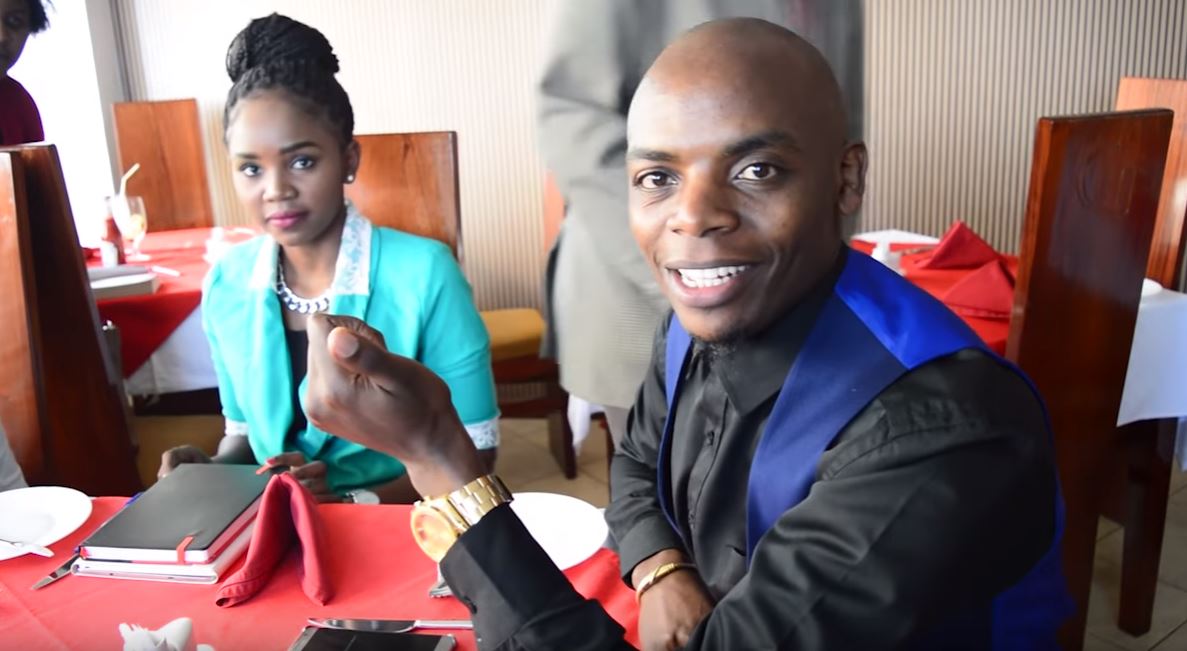 Even in the face of controversy, Jimmy Gait is still a man of his word. For the past couple of months, the gospel music star has silently suffered the wrath of Kenyans on social media, until he famously broke down on The Trend a few weeks ago.

Some time back, he made a promise to his fans on the famous Facebook group ‘Kilimani Mums’, to take them to lunch. This week he fulfilled that promise by treating five of the group members to a sumptuous meal at The Brook restaurant – one of the eateries in Nairobi’s After 40 Hotel.

You can read a bit on that lunch meet Here.

This lunch came hot on the heels of his latest release LOVE, a song dedicated to the memes and trolls he has had to endure for the past few months. This latest release from the acclaimed gospel singer has seen him go on a frenzied media tour, moving from station to station promoting it and of course talking about the never ending ‘Jimmy Gait memes’ on social media.

The song is actually doing well on YouTube, already racking up over 100,000 views in less than two weeks. It has also booked and cemented its spot on YouTube’s official trending list in Kenya.

His lunch meet with the Kilimani Mums and Dads members was in line with the song’s theme of showering LOVE. He actually did not mind having a few who have been on the forefront of creating and spreading the nauseating memes we’ve been seeing.

Mashed potatoes, spicy chicken, fish fingers, special fries, macaroni, an assortment of fresh juices etc. made the luncheon that lasted over 2 hours memorable for both the artist and his fans.

And as some wise men said a long time ago, ”Pics or it didn’t happen.”

Jimmy Gait did better than that. He recorded it on video, sharing it as one of his vlog episodes. Watch the beautiful moments below.

This is What Maina Kageni Said After He Was Told to Move Out of His Mother’s House < Previous
Hilarious Meme Compilation (Friday May 26) Next >
Recommended stories you may like: