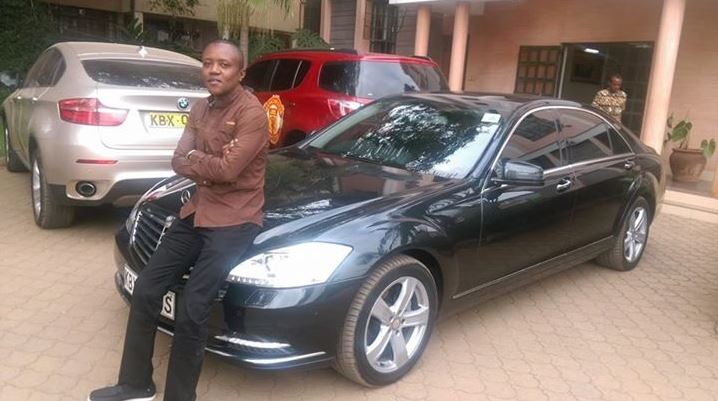 Apparently, a section of Kenyans believes that Maina Kageni still lives with his mother.

At 41 years of age, that would enter the popular radio personality into the Guinness World Records and make him a case study.

On his daily Classic 105 FM breakfast show, Maina was discussing with his listeners about young adults and when or if they should move out of their parent’s homes.

The topic came about after a judge from Spain ruled that young adults should move out of their parents’ houses at the age of 22.

As live listeners chipped in with their opinions on the subject, a Kenyan on Twitter, Boniface Atanasi, put Maina on the spot saying he’s had things easy because he still lives with the mother. “

Loosely translates: “People should move out and live independently, unlike Maina Kageni who has refused to move out of his mother’s house.”

Responding to the claims, Maina made it clear that he doesn’t live with his mother.

“I don’t leave with my mother, for your information Boniface,” said Maina Kageni in a firm voice on air.