Zero Respect: What Mwafreeka Told Donald Kipkorir for Bragging About Not Knowing Prices of Basic Commodities 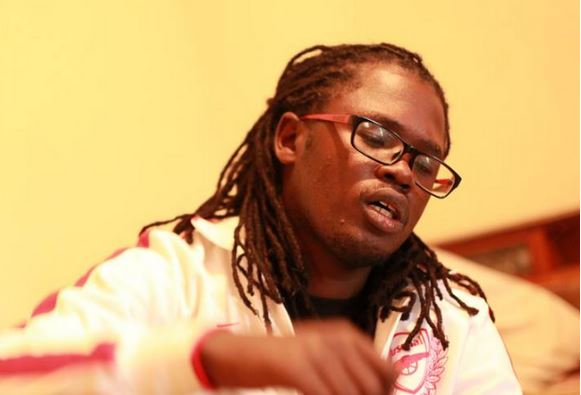 The outspoken MC last week called out the lawyer on social media for bragging about not knowing the prices of basic commodities.

In a Daily Nation article on Kenya’s inflation, the flamboyant lawyer was quoted saying: “I even don’t know the price of things like fuel, food and such. I’m never bothered by these price changes as they don’t affect me,” he said.

“If it were property prices going up, now that would get my attention,” he added.

His sentiments definitely caught the attention of Mwafreeka Mwaf who used Rihanna’s recent humanitarian award at Havard to school the lawyer on matters humanitarian.

He wrote: “Donald B. Kipkorir OK while you were bragging on how rich you are and don’t know the prices of basic commodities, Rihanna was receiving a humanitarian award at Havard. She has built schools and contributed to breast cancer research. Not paid fees for two villagers, BUILT schools. So call me a hater but please shut the FUCK up on how successful you are.” 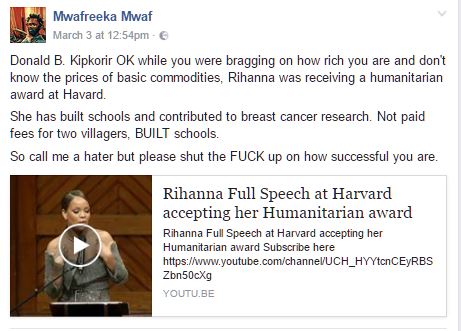 Hours later, Mwaf was at it again after the lawyer blocked him on Facebook for his no-holds-barred post.

Mwafreeka wrote: “He( Donald) blocked me when I told him about Rihanna’s Havard Humanitarian award. If you’re rich enough to brag you don’t know the prices of basic commodities, but other people in your country are starving to death, I have ZERO respect for you.” 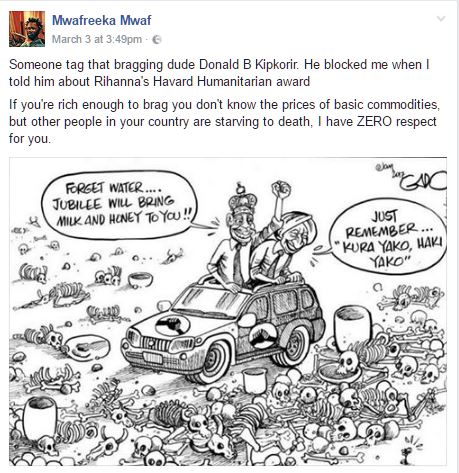 OMG: Suspect Turns Up in Court Naked and Covered in Faeces < Previous
PHOTOS – Camp Mulla’s Ms Karun Unveils Pregnancy in Stunning Photo Shoot Next >
Recommended stories you may like: