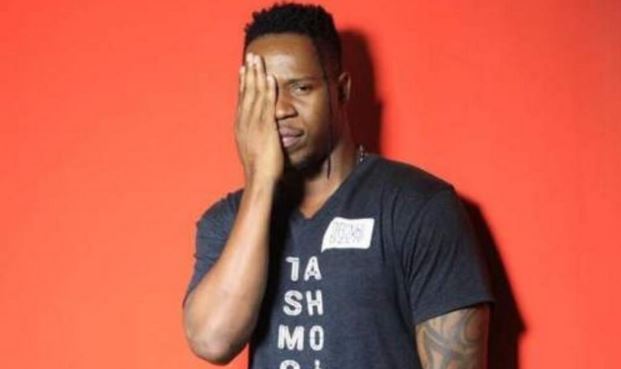 Popular Tanzanian rapper Emmanuel Elibariki, who performs as Ney wa Mitego, has been released after he was held by police for releasing a song deemed insulting to the government.

Nay wa Mitego was arrested at a hotel in the city of Morogoro, on Sunday ( 26 March).

Morogoro police commander Ulrich Matei told local media that Elibariki was being held for “releasing a song with words that malign the government”.

He was released on Monday morning after a directive from Tanzania’s Minister of Information Dkt Harrison Mwakyembe.

The minister, however, directed that Ney should improve his song’s message.

Other sources claim he was released following a directive from President Magufuli. 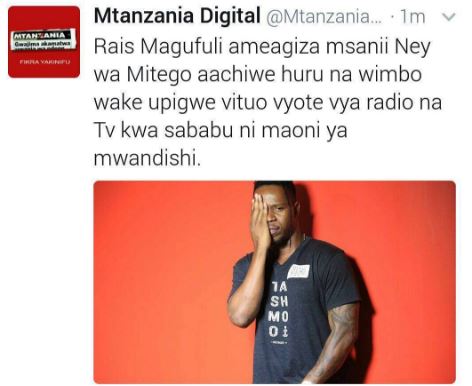 In the song dubbed ‘Wapo’, Ney who is known for his political lyrics, criticizes the government for its alleged crackdown on freedom of speech.

“Is there still freedom of expression in the country?” the song, largely shared on Whatsapp over the weekend, says.

The song makes reference to a doctor who lances boils but cannot tolerate criticism. Some believe it is a reference to President John Magufuli, who has often spoken of “lancing boils” in reference to his no-nonsense approach to governing.

The rapper’s arrest and subsequent release comes just days after President John Magufuli warned media owners to be careful on how they use their press freedom.

Some photos of the rapper shortly after release 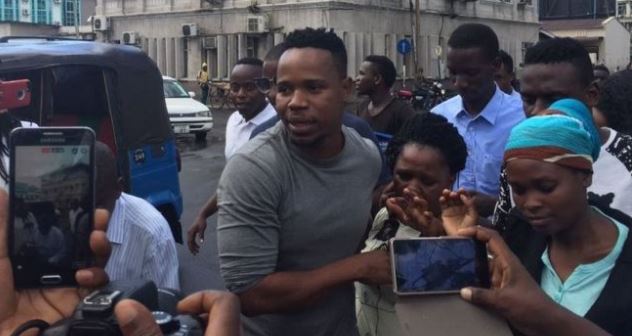 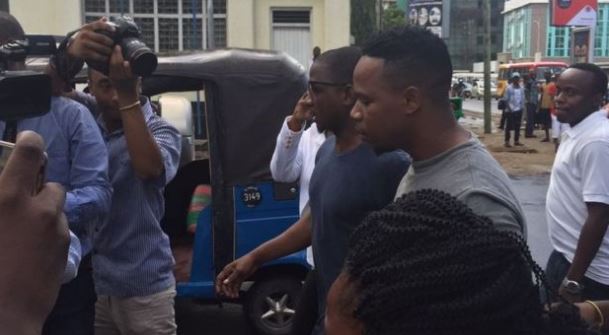