Incase You Missed: Churchill Show Episode That Was Pulled Off Air (VIDEO) 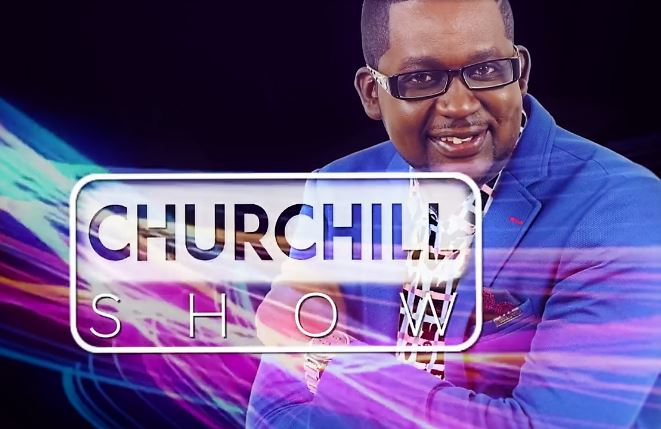 If you’re one of those guys still asking ‘Kwani what happened on Churchill?’, you’re in luck.

The popular comedy show was last Sunday abruptly pulled off air 25 minutes in and never returned, in what host Daniel ‘Churchill’ Ndambuki termed as a technical hitch.

However, the real reason it was pulled off was because jokes by comedians Jasper Murume and Zeddy were considered lewd and obscene for family viewing.

Jasper’s bicycle skit was full of sexual innuendos while Zeddy’s ‘Nivea’ prank was described by KFCB boss Ezekiel Mutua as “an unfortunate idiotic and foul drill, totally in bad taste, lacking in imagination and possibly the evidence of the beginning of the end of an era.”

In case you missed all the drama, here’s the video: