VIDEO: Drama as Guy is Caught Up in Big Dilemma After Both Girlfriend and Side Chic Fall Pregnant (VIDEO) 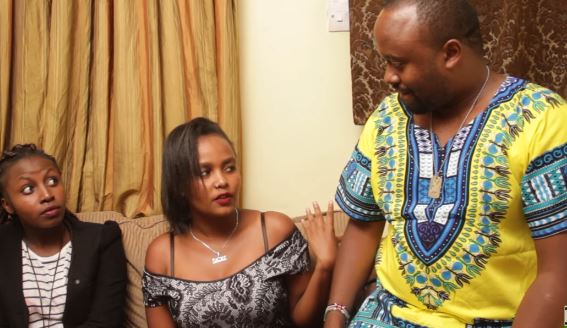 A Kenyan guy of the infamous Team Mafisi Sacco had to face a big dilemma recently after both his girlfriend and side chic fell pregnant.

The guy was caught up between a rock and a hard place when the side chic showed up at his place to break the news, minutes before his girlfriend also showed up with the great news.

When the girlfriend showed up and found them, the clever guy came up with a lie to control the situation before it got out of hand.

Wondering how he manoeuvred the dilemma to his advantage? Watch the video below:

Confessions of Married Nairobi Strippers: On a Good Day I Make More Than 8K < Previous
Hilarious: New Political Force ‘Chaget Party’ Unveils Presidential Candidate and Manifesto (VIDEO) Next >
Recommended stories you may like: