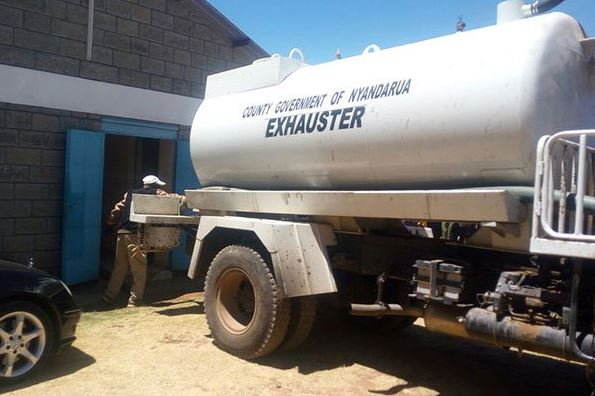 Disgruntled workers on Monday dumped faecal matter at the entrance of the county public service board offices, effectively paralyzing operations.

According to Nation, they were protesting violation of a tripartite agreement between them, the county management and the board on promotions and confirmation.

They further refused to resume duties until they were served appropriately, meaning there was no body to clean up the place after them.

“We had an agreement with the county management board and the public service board that by the 19th of December our promotions and confirmations would have been issued. It has been more than two months now and nothing to show for it,” Earnest Macharia, the chairman of the Nyandarua county branch of the Kenya County Government Workers Union told Nation.

The workers, totaling more than 100, complained that they had been lied to by the government. They said that most of them were yet to receive appointment letters 3 years down the line.