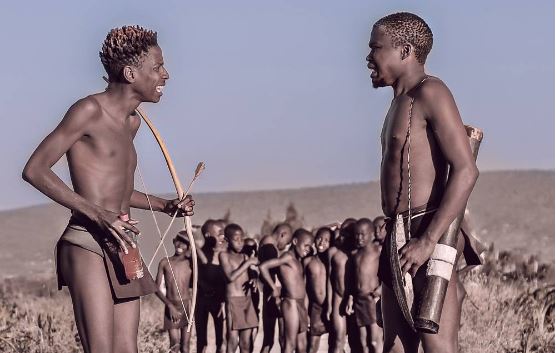 The former Churchill Show funny men are proving to be quite the comedy duo following the release of their latest parody.

Dubbed ‘The Gods are not CRAZY We Are!’, the chaps have parodied South Africa’s comedy classic, ‘The Gods Must Be Crazy.’

The 1980 South African film follows the story of Xi, whose tribe in the Kalahari Desert has no knowledge of the world beyond.

Eric and Chipu’s parody is a brilliant comedy piece which has borrowed key elements of the film creatively crafted in less than 9 minutes.

This will no doubt crack your ribs.

Hilarious: Crazy Pastor Uses Kenyan Music to Advise Young People (VIDEO) < Previous
Jaguar’s Story on Why He Supports Daughter of Late Poxi Presha Will Melt Your Heart Next >
Recommended stories you may like: