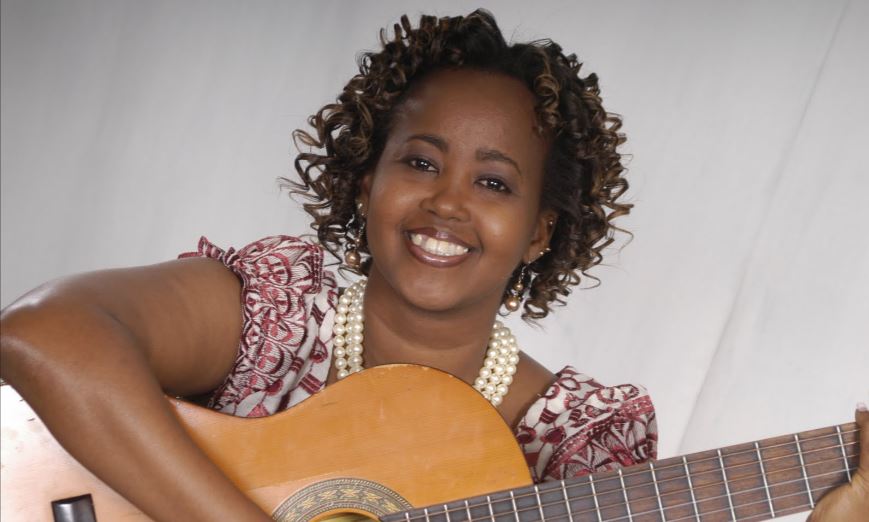 With a career spanning a decade Mombasa based gospel songbird  Marion Shako says she is still in the race despite the challenges and successes in her music.
She spoke to Standard Digital and revealed what she has been upto.
Of late you have been on the low musically what could be the problem?
Let’s just say that they have not been keenly following on my latest development. One thing you must know is that I am still in the race. I have not and will never quit doing gospel music because it is the right path and platform that I use to minister and serve God.
What are you up to at the moment?
I have been busy working on several new projects for the Glory of God alongside the Mombasa based Heart of Worship Choir.
This aside I have also come up with a new song playlist from where fans can have a chance to watch some of my popular videos besides listening to my songs for free.
Critics are of the opinion that local gospel music has been commercialized and that many are in it for fame and money, what is your take?
It is happening and it’s not a good thing which I do not support either. My advice to the local gospel artists is to not mince their message. They should stick to doing gospel music keeping in mind that at the end of it all – there is judgment day –  when the farmer (God) will separate the chaff from the harvest. The bottom line is; there is no neutral path – you are either serving God or satan.
Where do you fall?
I believe the same standards apply to me and hence the need to strive for the best according to God’s will.  Like we all know there is none that can claim to be  perfect under sun. Only God is.
Who is Marion Shako off stage?
I am a simple, humble and God- fearing woman who loves to engage and socialize with others. When I am not working, I love to write songs, read widely inspirational books and engage in social activities like swimming and drawing strength from reading the powerful Scriptures from the Bible on a daily basis.
Talking of music is this what you always wanted to do?
I have had a great passion for gospel music ever since I was a child. In the evenings after a heavy day, my late mother would often take time to teach us hymn songs alongside my two sisters.
With time it became an integral part of me, and has continued to grow.
What followed afterwards?
Back in primary school I was an active participant in musical excursions. When I got to high school my love for music grew deeper and I would often participate in theatre groups and music festivals, besides featuring prominently as a soloist in the various performances that saw my school win several trophies both at the district and provincial levels.
When did you get saved?
During the initial stages of my music I sang for the love of it but it was until the year 1998, that I gave my life to Christ a few years upon the death of my mother among other life issues.
I later joined Dr. Wilfred Lai’s Jesus Celebration Centre in Mombasa, where I got an opportunity to serve as part of the worship team rising to become one of the worship leaders in the church. I also became part of the ministry team for Faith Evangelistic Ministry’s monthly meetings in the coastal town.
Go on…..
Even though at the time I yearned for a career of my own but I did not have the opportunity to do so. As a result I concentrated on my job a Business Management trainer ). But in  2007 I felt the time had come for me to follow my heart yearnings into pursuing gospel music as a career.
Does this mean your dream came true?
My great love for music saw me record my debut album, Msaada Wangu with songs revolving around the stories of my life and its foundation in the Scriptures.
What inspires your songs?
Although my songs are inspired by various Scriptures from the Holy Bible but my first album was motivated by happenings arising from two events I attended.
The first was as a result of my prophecy by Evangelist Teresia Wairimu in 2004, informing me that I would soon undergo a period of ‘wilderness’, out of which I would come up with songs to encourage others. The second was its fulfilment.
Let us in on your difficult moments?
The years 2004 to 2007 were some of the most difficult moments in my life. I went through a lot of life challenges but never gave up. I kept praying to God besides doing some soul searching.
At that time, I recalled the prophecy by the servant of God and without wasting time I embarked on writing the song Ahadi Zake  (His Promises) from my first album.
The following year, the album won the Groove Worship album of the year and Ahadi Zake earned me Song Writer of the year trophy and like they say the rest is history.

“I No Longer Enjoy My Sleep Since I Keep Having Nightmares” – Mercy Masika on How Accident Changed her Life < Previous
Gospel Singer Ringtone Parts With Ksh 50,000 After Ambush by Street Boys Next >
Recommended stories you may like: