Jalang’o: The Joked I Told That Cracked President Uhuru Kenyatta Up

Award winning comedian and MC, Phelix Odiwuor popularly known as Jalang’o has revealed the joke that got President Uhuru Kenyatta laughing to tears.
The two met at the wedding of Kenya Power Chief Executive’s Daughter Chemeli Chumo and her boyfriend Kevin Oduor in Karen a fortnight ago. Some photos from the colourful wedding ceremony showed the President and Jalang’o share a hearty moment as they shook hands and posed for a selfie amidst laughter from the selected guests.
Speaking to Pulse, Jalang’o revealed the joke that had the president in tears.
“I thanked Uhuru for being passionate about art and for supporting the youth and also told him that I will be vying for presidency in 2022. That is what got him laughing. It was a cracker,” He said.
“Well, I am a Raila man but when the President calls, you must answer. It was one of those emceeing events that make big statements that you are really the best there is,” he added. 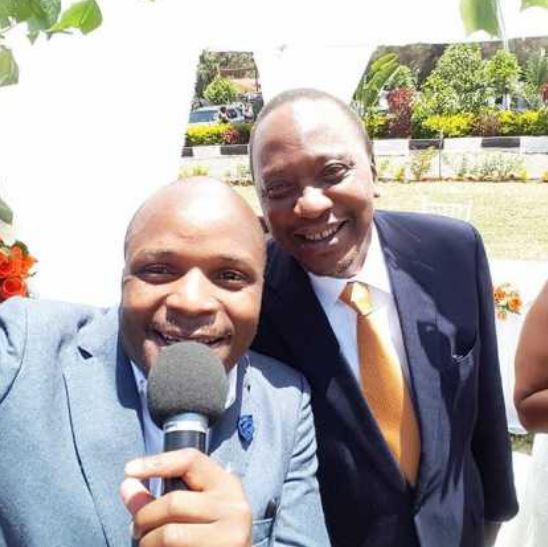 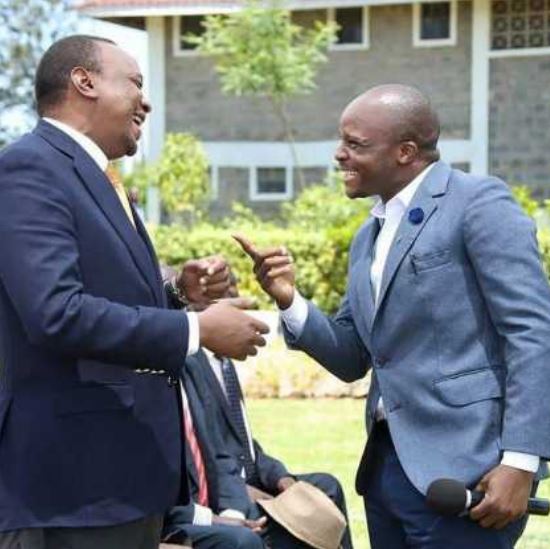 Comedian David The Student In Trouble with the Police Over Ksh 188,000 Debt < Previous
Thika Man in Family Drama Denies Sleeping with Daughter Next >
Recommended stories you may like: