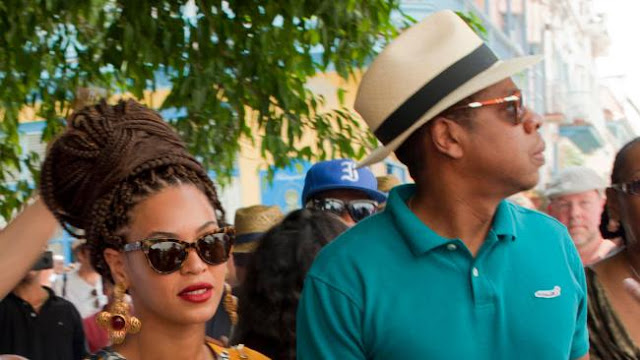 Jay-Z sure knows how to treat a lady with reports suggesting the hip-hop mogul wants to buy wife Beyoncé her own island in the Bahamas.
According to The Sun, the Run This Town hitmaker is looking at spending £2million on his own land in North Abaco so that Queen B and their daughter Blue Ivy can enjoy holidays in private.
A source explained: “Jay’s been looking for a private island for the family. He wants to turn it into his own Necker Island like Richard Branson.
“He’s getting it partly to mark their fifth wedding anniversary but also, with Bey back in the spotlight, it’s getting impossible for them to do normal things such as go to the beach with Blue.
“A private island means they’ll be able to have quality time with minimum staff and security.”
Meanwhile, the mystery behind the couple’s much publicised trip to Cuba has been solved, with ABC news reporting that it was above the law.
Earlier this week, it had been suggested that Bey and Jay could have visited the communist country against terms of the US economic embargo when celebrating their fifth wedding anniversary.
However, the Treasury Department has now revealed that their trip to Cuba WAS authorised under a licensed program that encourages “meaningful contacts” with the Cuban people.
MTV

This Is Museveni’s Sh50 Million Armoured Limousine.. The One He Brought To Kasarani < Previous
Gospel Artist Ringtone Ecstatic After Entering State House Next >
Recommended stories you may like: