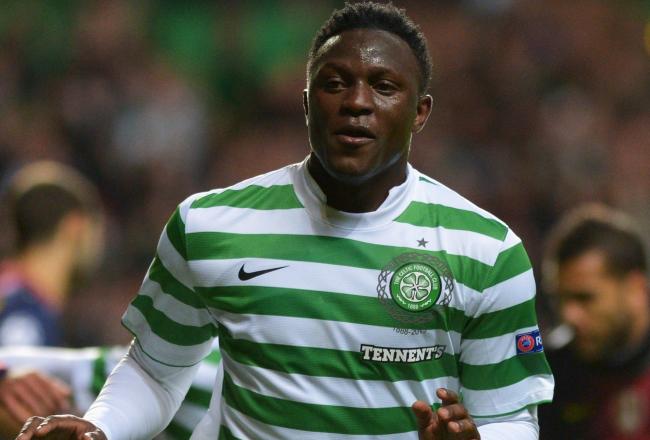 Scottish fans have written a song for Kenyan footballer Victor Wanyama who plays as a defensive midfielder or a centre back for Scottish Premier League side Celtic and the Kenya national team, Harambee Stars.
The song is titled God Bless Our Vic. Some of the lyrics detail Wanyama’s history. They read, “From Kamukunji school, you came, to Celtic Park to make your name. The first Kenyan to play for us, We welcomed you, you welcomed us.”
The song also mentions Kiss TV’s sports reporter Michelle Katami. “Nairobi’s loss is Glasgow’s gain, Retweets you send can be a pain. Michelle Katami tells us true, You love the Celts like us Tims do,” it continues, “Deep in that Celtic Park at home, Beneath Brother Walfrid’s crowning dome.
From Kenyan roots, from Africa We come to cheer from near and far.” Wanyama is Parma FC’s McDonald Mariga younger brother. He has been receiving a lot of attention due to his sterling performance in the football pitch.
Besides this song, there have been other odes sung in honour of the young footballer. One of which is titled ‘Give me goals Wanyama’ written for the ongoing Champions League. It was sung by a group of Scottish school children.
the Star

And here are Celtic fans singing another Victor Wanyama song after he scored against Barcelona.

Open Letter To Kethi Kilonzo From Kisumu – Hilarious < Previous
New York Times Very Angry With The Supreme Court For Upholding Uhuru Kenyatta’s Win Next >
Recommended stories you may like: