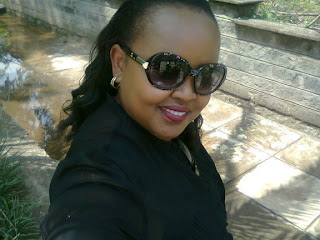 Actress Angel Waruinge, better known as Miss Morgan for her role as Tahidi High’s no nonsense deputy, is in Nigeria after landing a role in an upcoming international movie, to be shot in Nigeria. The actress is in the West African country for two weeks, for its shooting, and will later go back when the movie is finalized for its launch.

The movie will feature several top African actors and maybe and it will surely be a big opportunity for Angel.
Miss Morgan has been part of Tahidi High’s crew since its inception several years back, and has established herself as a permanent figure. Her acting prowess has handed her lucrative advertising gigs with companies such as Naivas and lately Faulu.
We wish her all the best in Naija.
© nairobiwire.com

Why AFCON is Taking Place in 2013 Instead of 2014 < Previous
Churchill Live is Back – Premieres This February Next >
Recommended stories you may like: