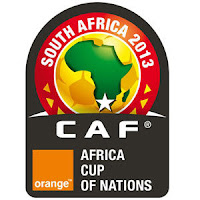 The Africa Cup of Nations happens every two years.  However, with the current schedule of the tournament happening in the same year as the World Cup it would have brought confusion. So every year their is a world cup, they decided that it would be better to move the tournament to odd-numbered years. Rather than pushing back the next tournament and requiring us to wait three years, they pushed it forward so we’ll only be waiting one year.

The Cup of Nations usually happens in January and February, which means that the African players who play on European clubs miss part of the season to play for their national teams in the Cup of Nations.  The idea is that if the tournament happens in June and July like the World Cup, then the players won’t be taken during the European season.  Unfortunately, many countries experience the heavy rainy season during that time, so they would basically be unable to host the Cup of Nations.

Toyota Selling This Bomb Proof Luxury Car For Only Sh 14 Million < Previous
Eric Wainaina To Perform At AFCON Opening Ceremony Next >
Recommended stories you may like: