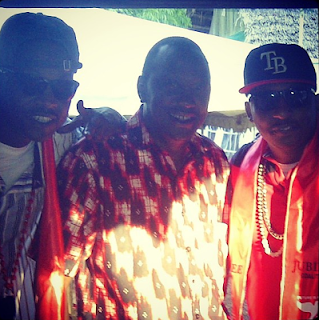 Rapper Bamboo became one of the first entertainers to take sides in the upcoming general elections. The rapper officially endorsed Uhuru Kenyatta‘s candidature for the presidency of this country. Bamboo, who among others performed during Saturday’s Jubilee Rally at Uhuru Park, made the announcement on his Twitter handle.
He posted,

My DNA ni TNA!! We killed it today at Uhuru Park with @AbbasDoobeez and @Chiwawa254 with @Kenyans too much fun…

He then posted a photo of him and the Jubilee candidate with the tweet,

Several performing artistes have refused to publicly endorse candidates, though they have performed in their political rallies. Among those who have made their stand known are: Big Ted – who is the MC in most of Jubilee’s rallies, Man Ingwe – who intends to vie for a political office on a TNA ticket, and Ringtone – who has revealed that Uhuru promised him a top job. Ringtone was until yesterday expected to vie for Dagoretti North Parliamentary seat on a TNA ticket, but quit the race. 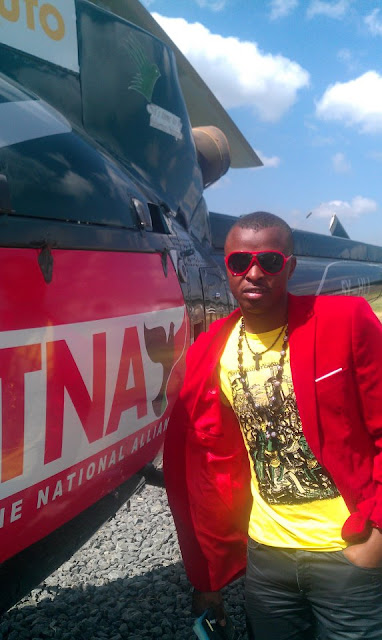 The Queen’s Car Refuses To Start With Her Majesty Right Inside < Previous
Fake PPO Waiganjo Wins An Oscar – Crazy Picture Next >
Recommended stories you may like: