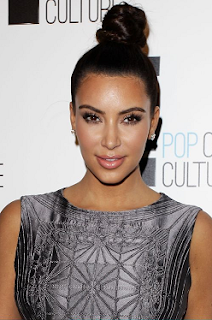 Kim Kardashian will be shuddering to hear her stocks and shares on the seedy side of the web are soaring following her announcement that she is pregnant with Kanye West’s babe.
Sales of her sex tape ‘Kim K. Superstar’, made with ex Ray J, have shot up by 80 per cent following the couple’s pregnancy news.
Those at Vivid Entertaintment, who own the tape, told TMZ sales have been on the rise ever since the socialite shacked up with the rapper last year.
The latest spike in sales is the biggest since Kim married her ex- Kris Humphries in 2011.

Meanwhile, the 32-year-old brunette has spoken about her bump for the first time saying she’s dodged morning sickness but is now of a Sushi eating binge.
‘I wouldn’t say that pregnancy has been easy but there’s been no morning sickness,’ the 32-year-old explained.
‘When people say pregnancy is fun and they love it, I would have to disagree. I think from this stage on it does become easier and funner but it’s adjusting.’
She continued: ‘Even my sister has made it look so easy and it’s not as easy as people think. It is a little painful, there’s a lot of growing pains.
‘But I’ve heard it’s all worth it so I’m looking forward to that.’
‘I’m craving sushi, but I know I can’t really have it, so I’m eating a lot of carrots and celery with lots of ranch [dressing],’ she continued.
Kim says she isn’t fussy when it comes to the baby’s sex, adding: ‘I just want a healthy baby.’

Kenya’s Most Expensive Cars.. Plus List of Their Owners < Previous
Newcastle Agrees To Sell Demba Ba To Chelsea Next >
Recommended stories you may like: