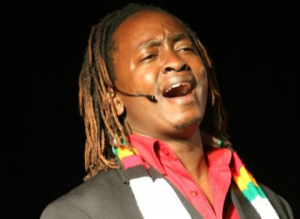 Eric Wainaina is one of the artistes set to perform at the official opening of African Cup of Nations games in South Africa this Saturday (January 19), at the Johannesburg National Stadium, from 7 PM.
AFCON Local Organizing Committee chief executive officer Mvuzo Mbebe, while unveiling the entertainment line-up said that the ceremony will become an ‘African celebration’.
“We promised that this is going to be a celebration of Africa. Only African artists will perform at the opening ceremony. All the tickets of the opening match have been sold-out. You are going to see all four corners of Africa converge at the opening ceremony,” he said.

Why AFCON is Taking Place in 2013 Instead of 2014 < Previous
Churchill Live is Back – Premieres This February Next >
Recommended stories you may like: