Misunderstanding on Why Husband And Wife Rarely Make Love 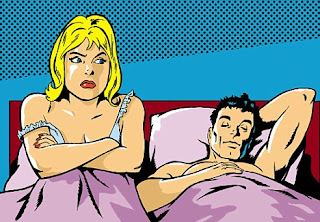 Dear Wife,
During the past year I have tried to make love to you 365 times. I have succeeded 36 times, which is an average of once every ten days. The following is a list of why I did not succeed more often:

Dear Husband,
I think you have things a little confused. Here are the reasons you didn’t get more than you did:

The reason I laid still was because you missed and were screwing the sheets.
I wasn’t talking about the crack in the ceiling, what I said was, “Would you prefer me on my back or kneeling?”
The time you felt me move was because you farted and I was trying to breathe.

How Kenyans Went Home After The Matatu Strike [Hilarious] < Previous
Raila Unveils ‘ Raila For President’ Mobile App Next >
Recommended stories you may like: