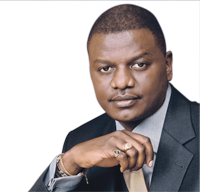 Controversial former TV personality Louis Otieno is said to be dating Camp Mulla’s manager, Rina. The two were spotted getting cosy in Meru during the Niko na Safaricom Live extravaganza held in the town. Several people reported spotting them hand in hand as they embarked on a tour of the Eastern town.
After the concert, they headed to one of the high class hotel in the town, where they spent the night.
Louis Otieno has failed to make a comeback to our TV screens ever since he was retired from his show at K24. Since his TV life, Louis has encountered several controversies, with the most publicized one being the death of his 26 year old girlfriend Careen Chepchumba, where he was a suspect in the killing. Director of Public Prosecution, Keriako Tobiko however declared him innocent.
Its everyone’s hope that the two love birds will find happiness this time round.
© nairobiwire.com
Extremely Revealing Pictures of Citizen TV’s Michelle Morgan < Previous
Singer Jaguar’s Car Stunt Goes Wrong.. Almost Rams Into People Next >
Recommended stories you may like: