Tusker Project Fame is coming to an end this weekend. The season has been generally plain with few electrifying performances and next to none guest performances.
The contestants fighting for the final prize are: Ruth, Doreen and Steve from Kenya, Jackson from Rwanda and Joe from Burundi. This time round, it’s hard to predict a favourite for the top prize but however you look at it, Kenya’s Ruth Matete features highly. 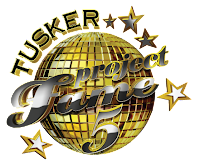 The Kenyan has been put on probation once, in what was seen as the judges last act of trying to even the odds. All along, she has been receiving the wildest screams from the audience and the best comments from judge Ian have been spared for her. She undoubtedly has the strongest voice and is the one contestant who has proven she can sing anything. However, her last performance was arguably overshadowed by Doreen’s. Many say she was given a boring song, which is probably true. The judges had good comments for her though, but the wildest screams were given to Doreen.
Going with past voting patterns, Doreen stands a chance, considering the many times she has been saved by the public. However, the two ladies have never been on probation at the same time and their popularity cannot be gauged accurately.
As Kenyans split their votes between Ruth, Doreen and to some extent Steve, the other countries may come together and ensure Jackson carries the day. This is both probable and likely, given the talent the Rwandese has continued to show from day one. Despite his little grasp of English, he has managed to remain in the house for this long.
Sunday is surely a night to watch and whoever takes the Sh 5 million deserves it.
© nairobiwire.com
Thika Super Highway Turns Into A Dog Massacre. < Previous
Fidel Odinga Wedding Pictures. Next >
Recommended stories you may like: